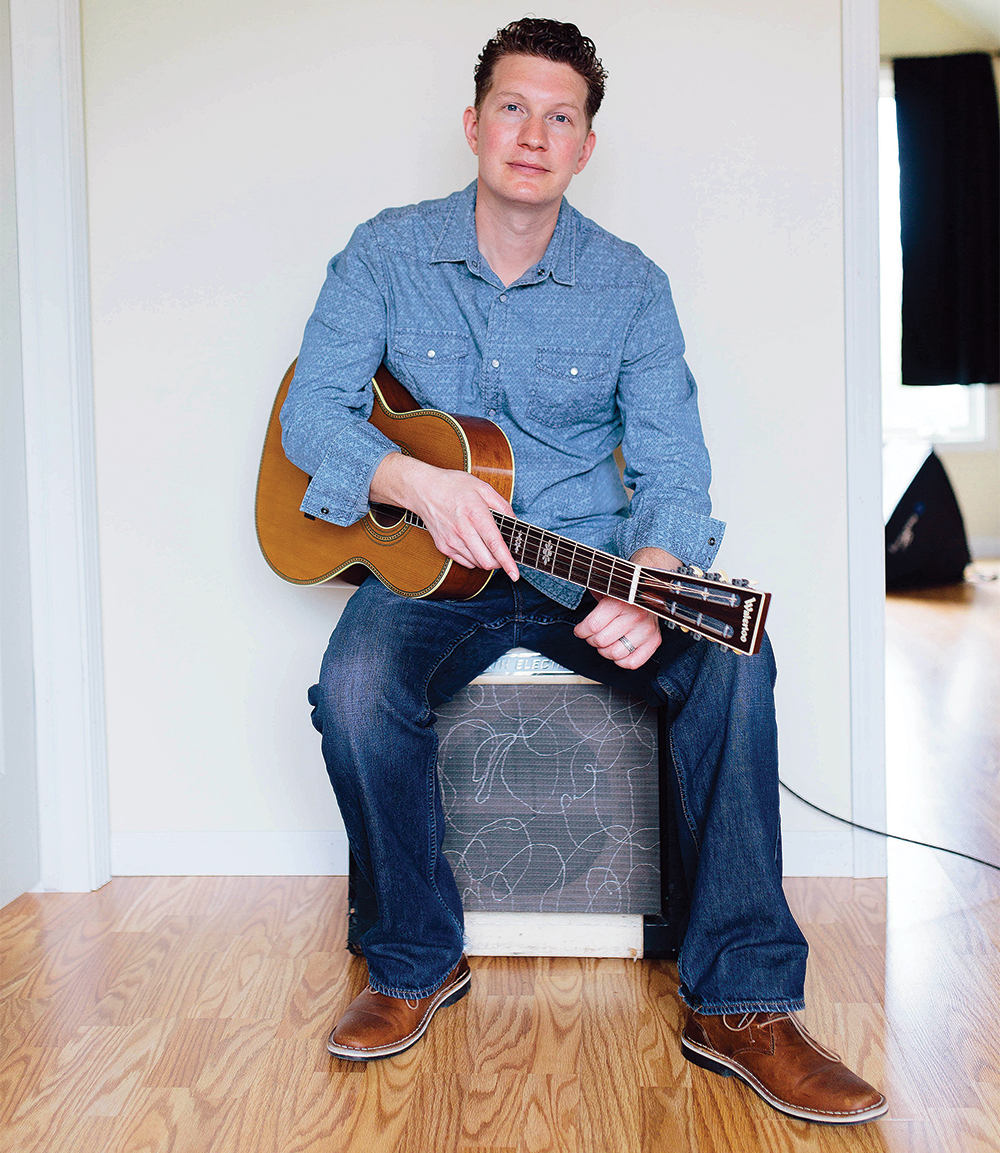 No question, Tom Feldmann is a jewel of American guitarmanship, and his new album confirms the notion. As a player, he’s deeply rooted in the “interwar” Delta blues and gospel guitar of the 1920s and ’30s, but brings it into the 21st century.

The opening track, “Going Now, But I Won’t Stay Long,” is joyful, sitting between an East Coast rag and a sweet country ramble, graced with Feldmann’s expert slide work in open E. It doesn’t hurt he’s also a gifted singer and songwriter, revealing an abundance of musical riches. His voice is particularly poignant.

The second track, “Ballad Of Angel Mosley,” finds the guitarist exploring his interwar roots, mixing blues, ragtime, and country-gospel flavors into an uptempo romp, accompanied by perfectly spartan bass and drums. His sharp fingerstyle licks also bring to mind acoustic greats such as Blind Blake, Rev. Gary Davis, and Stefan Grossman. “Have Ourselves A Time” and “Better Keep It Hid” are more examples of his wicked ragtime chops, both open-tuned slide exhibitions not for the faint of heart.

Feldman can convincingly bring the tempo down, too. It’s hard not to think of the Rolling Stones’ best acoustic work on “Hands In Hand,” with its reverb-laden slide sitting over soft acoustic strumming. It evokes the magical Keith Richards/Mick Taylor era without losing sight of honest Americana. “Well Done” also digs into that ’70s outlaw-country vibe with mournful slide and gospel lyrics. It’s a gorgeous track. “Shine Upon Everyone” conveys the rich spiritualism of old-timey acoustic blues, and Tom’s guitar tone is full, warm, and soulful. His chord-melody work here is particularly noteworthy.

Feldmann grabs an electric for the closer, “Hallelu (Thanks Be to God),” a performance of greasy bottleneck mixed with heartfelt lyrics and melody. Don’t forget to cue up “Potato Soup,” a rollicking instrumental that’s somewhere between Duane Allman’s “Little Martha” and the quick, melodic picking of Leo Kottke and Jorma Kaukonen. This is top-flight guitar pickin’, but not quite blues, country, ragtime, or rock – it’s that beautiful mélange of styles at which Feldmann seems to excel, almost effortlessly.

Overall, it’s hard not to be impressed by both this musician and the album. We can confidently say this will be one of the best guitar albums of 2017.