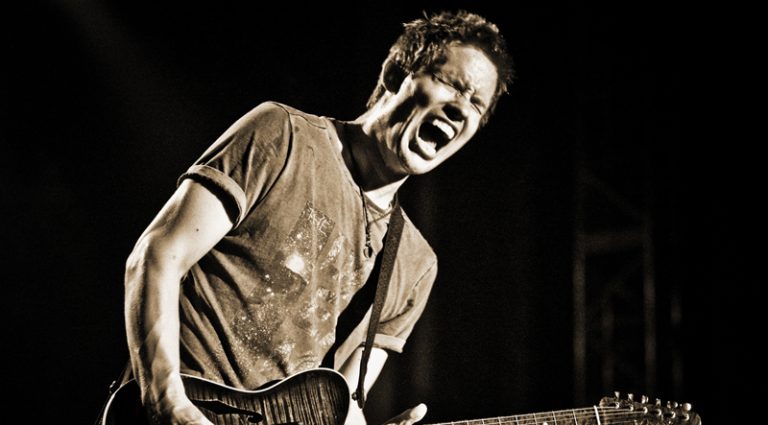 Since bursting on the scene in the ’90s while still a teenager, Jonny Lang has stayed true to his vision, merging blues and rock, often leaning to the bluesy part of the equation.

The title track of Lang’s 1997 album, Lie to Me, is one of his most renowned songs and led to his being personally invited by Eric Clapton to perform at the first Crossroads Guitar Festival.

His new studio album, Signs, proves that Lang’s fondness for the blues has not diminished.

How is the new album different from your others?

Compared to the last couple, the guitar is more up-front – a bit more raw. I had the intention of having at least a few of the songs harken back to some old blues guys; I’d been listening to Howlin’ Wolf and stuff like that, and was a bit inspired to go down that road. I caught the bug!

I have a ’59 reissue Les Paul that’s probably 15 years old and was on most of the stuff. I also used a custom Tele I’ve had for about that long on some stuff, and an old Supro Dual-Tone that I think is from the ’60s… that was on a few songs.

I used almost no effects; just had this tiny National amp – five watts and a little 8″ speaker. My buddy, Matt, who engineered the record, has a bunch of old stuff and that was one he brought. I used it on every song except “Bring Me Back Home.” I just changed guitars and messed with the Volume or Tone on the amp to change the sound. “Bring Me Back Home” was a Princeton, so it was just little amps on the whole record.

What are your thoughts on the state of modern blues music?

As a business – as a marketable thing – I think it’s doing pretty good. The shows I’ve seen, like Buddy Guy, he’s always selling shows out, and people love him. There are a lot of new young people playing guitar that have those older influences, too, so it has probably got a little stronger since I was a kid.

You’ve played Clapton’s Crossroads Festival a couple times. What was it like?

It’s such a cool thing. I felt like a kid who got to hang out with all these legends – an amazing meet-and-greet. At the last one I did, 2010 in Chicago, Jeff Beck came on after everybody had played, and the whole stage – the wings and the back – was lined with legendary players ready to watch. I was just like, “Yep, he’s the king.” (laughs) And of course, Beck stepped it up. He can reach as high as he needs to, and dude… he was unbelievable. Rose to that occasion. It was a really cool.