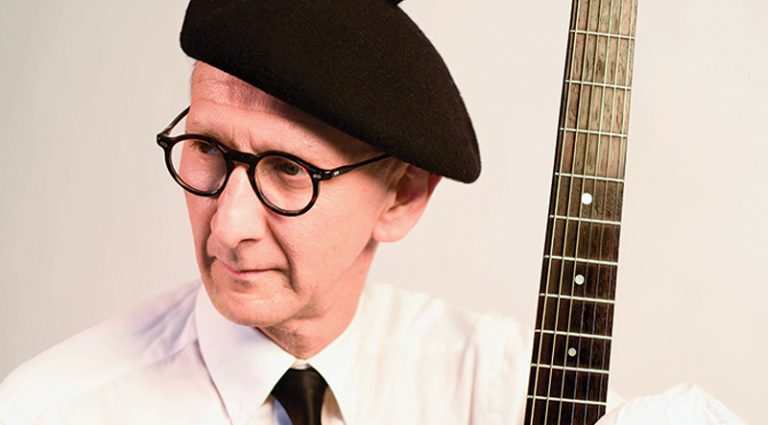 Portland-based Terry Robb has managed to keep a fairly low profile despite being one of the best players, on acoustic and electric, embracing a range of blues styles and then some. He is, rightly, an inductee in the Oregon Music Hall of Fame.

The 60-year-old has released eight solo albums and a duo CD with singer/harpist Curtis Salgado. He’s appeared on albums by Salgado, The New Iberians, and Alice Stuart, and as one-fourth of the eclectic Acoustic Guitar Summit. He learned to make records by producing John Fahey, and produced and played on most albums of the guitar icon’s last 25 years.

This acoustic outing finds Robb in solo and ensemble settings, with only a couple of vocals. The opening 12-bar “Soc Hop” curls fleet phrases around a lively dead-thumb beat alternating with walking bass. Robb’s lightly swinging title track sounds like a standard you’ve never heard, and “Christmas In Istanbul,” also an original, is both melodic and angular, with occasional Django flashes. An instrumental arrangement of The Byrds’ “You Showed Me” even sounds at home.

Robb taught himself to play after receiving a guitar from his uncle, who was a swing player associated with Lawrence Welk. As a kid, he followed local jazz legend Buddy Fite around, but was mainly attracted to blues guitar – “so my technique comes from there.”

With a ’47 Martin 0-18 on all the solo songs, a ’57 00-18 on the band songs, and a ’60s Harmony Sovereign when he switches to bottleneck, the tones are magnificent throughout. The two vocal numbers come as a surprise, not only because they’re tucked into basically an instrumental set, but because Robb is a more than capable singer, as on Rube Lacy’s “Ham Hound Crave,” reminiscent of “Big Road Blues.”

Single-note soloing over a slow blues is perhaps the litmus test for any blues guitarist, but it’s especially hard to pull off on acoustic. Robb dives in headfirst on “Late Night Kahl,” and proves more than up to the challenge.