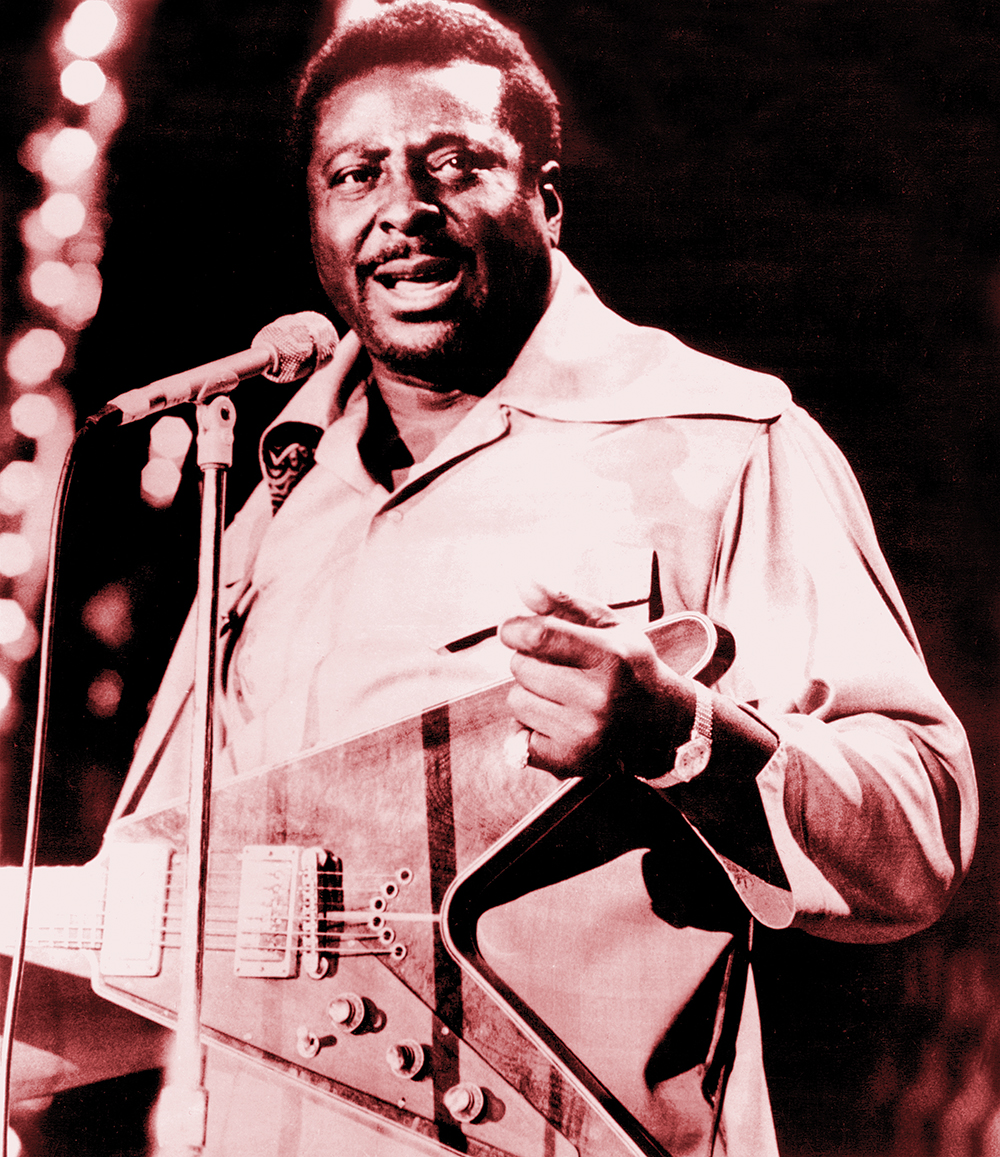 The ’67 session that yielded it was produced by David Porter and Isaac Hayes, with the latter on organ, Booker T & the MG’s (Cropper on guitar, Booker T. Jones on keyboards, Duck Dunn on bass, and Al Jackson on drums), and the Mar-Keys horns (Wayne Jackson, Don Nix, and Packy Axton) – a veritable hit machine like few in the history of pop music.

Not all Stax productions were done in Memphis. For instance, the Dramatics were from Detroit, and their hits featured Motown effects specialist Dennis Coffey on guitar (check the multiple delays on “In The Rain”). And when the Staple Singers crossed over from gospel to soul, hits like “Heavy Makes You Happy (Sha-Na-Boom Boom)” and “Respect Yourself” were recorded in Muscle Shoals, Alabama, with the famed “Swampers” rhythm section. “Little David,” whose funky bass line Mavis Staples calls for on “I’ll Take You There,” is David Hood, following the bluesy guitar bends of “Daddy” – Roebuck “Pops” Staples.

Of course, the Albert King volume packs the most guitar punch. Born Under A Bad Sign, teaming the bluesman with virtually the same backline as Sam & Dave, was a watershed moment. The vocal-like bends he’d pull from his Flying V, the hip rhythm section, and great material penned by the MG’s and William Bell (who co-wrote the title tune) proved unbeatable. But he later used the Bar-Kays with great results, and the live “Blues Power” (his classic monolog severely shortened here) featured his lean road band.

There are other notable guitar performances spread across the 10 CDs, like Skip Pitts’ iconic wah-wah riff on Isaac Hayes’ “Theme From Shaft,” but the Stax guitarist was the aforementioned Cropper, for his work with the MG’s as well as Redding and others. Because he’s often justifiably called the greatest rhythm guitarist ever, his lead work is underrated (listen to “Soul Dressing”). But the art of rhythm should also not be underrated. And Cropper raised it to a fine art.