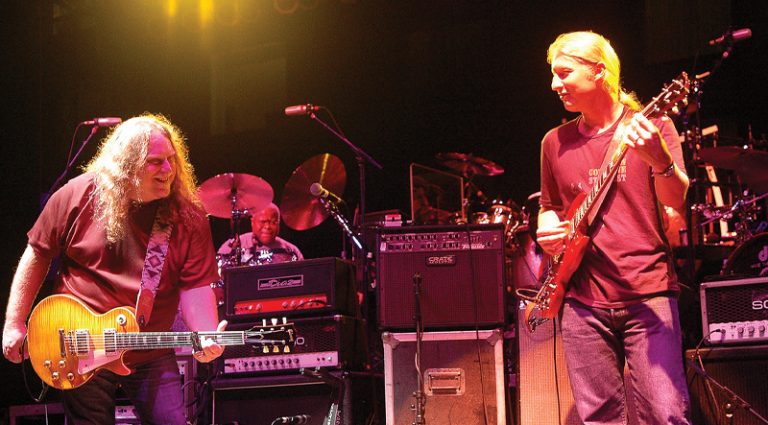 What an embarrassment of riches this boxed set offers. Recorded on three nights in September 2004 at the Fox Theatre in Atlanta, it showcases a band that surely will be remembered as one of the best rock outfits ever. This was part of their 35th-anniversary tour and the entire band is engaged and played amazingly well all three nights of their stand at the Fox.

Along with the great musicianship is the astounding fact that each night featured a different setlist, with only one song repeated – “Dreams,” which features a different guitarist playing lead every night; the first is former Allman Brother Jack Pearson, night two features Derek Trucks, then Warren Haynes takes a turn on night three. All are more than up to the task of pushing and pulling the rhythm section to places that are dream territory for most other bands. And the late, great Gregg Allman’s pleading vocals bring the tune home.

It would have been a pleasure to be in the crowd for any of the shows. Each night there’s a stellar mix of Allman classics and some well-chosen covers. Night one kicks off with a perfect rendition of “Mountain Jam” that Trucks and Haynes manage to turn into Weather Report’s “Byrdland” before coming back home to the familiar melody. Several hours later they wrap that night up with a funky version of “Southbound” that captures the band working at full tilt. In between you get sizzling versions of Allman classics like “Midnight Rider,” “Ain’t Wastin’ Time No More,” and “You Don’t Love Me,” all with stunning guitar work from Trucks and Haynes. They cover Eric Clapton and the Grateful Dead in between.

The other two nights follow a similar strategy. Songs every fan knows well – like a 40-minute version of “In Memory of Elizabeth Reed” or a funky “Leave My Blues At Home” – mix with covers of blues classics. On night two they surprise the crowd with “Blue Sky.” It’s the first time the band played the song since songwriter Dickey Betts had been booted from the band four years earlier. Fittingly, night three ends with a blistering 15-minute version of “Whipping Post.”

The recent deaths of Gregg Allman and Butch Trucks ensure we won’t hear the Allman Brothers again. While it’s certainly not the same as seeing them live, this set is a perfect document of the band.