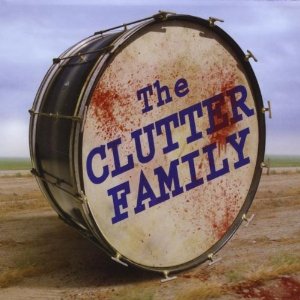 Whatever else happens to The Clutters, they will never be invited to Sarah Palin’s house for Thanksgiving dinner – the name of their song about her can’t even be printed. But they are clever satirists and seriously talented folk/rock musicians who work from way beyond the edge.

Their music is obviously Beatles- (“JonBenet,” “Wear This Dress”) and Byrds- (“Please Stop Stealing From Grandma”) influenced, and unlike most funny music, it’s got enough going for it to make it listenable past the point when the jokes begin to wear. They may be best compared to Barenaked Ladies, but outrageous and obscene as they may be, the Clutters never come off as smug. Whether they’re in full out comic mode like in “Please Stop Stealing From Grandma” or when they tone down the funny in “Life The Movie” their songs are just flat out good. And how can you not like a band that writes a love song to the Three Stooges (“Moe Howard”)?

At the core of the Clutters’ sound is the vibrant ring of Jim Earl’s Rickenbacker 12-string. It’s one of the elements that lift the Clutters’ music above similar fare. Every track on this album would sound just as good if the band had played it straight. Still, be careful who’s in the room when you play it.