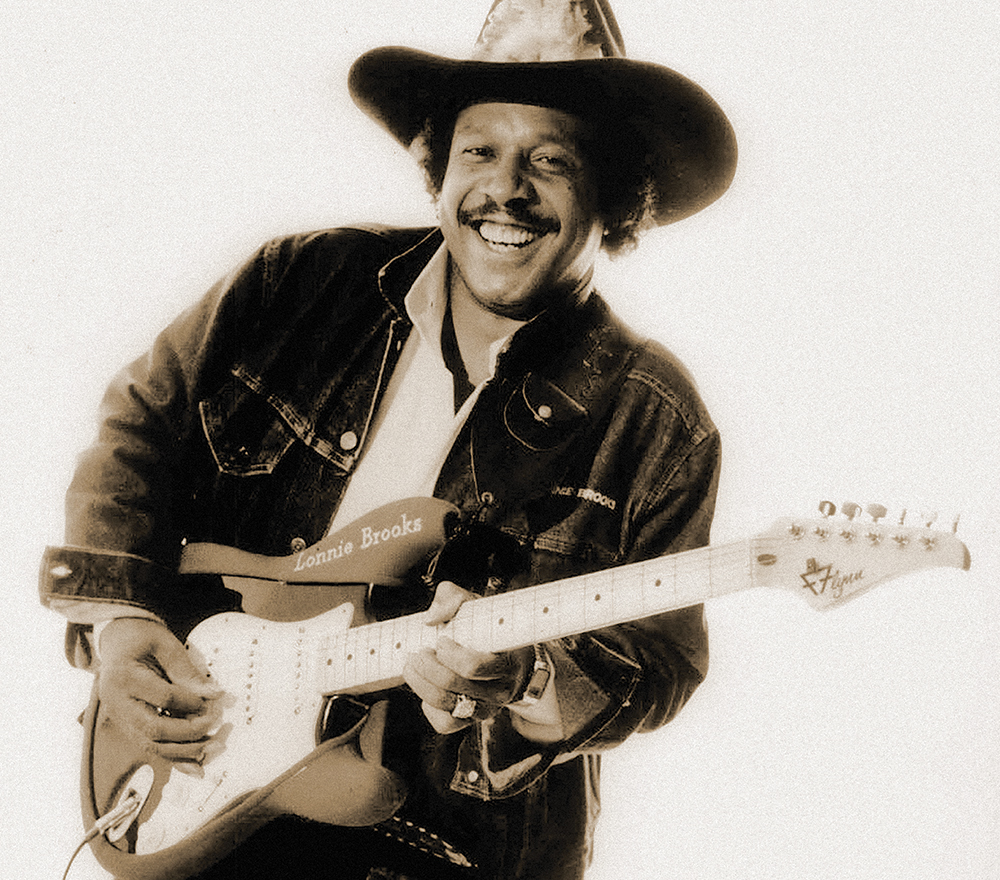 Blues guitarist/singer Lonnie Brooks died April 1 in Chicago. He was 83.

Born Lee Baker, Jr., he was one of 12 children and left school after the seventh grade to work in sugar cane and cotton fields near their home in Dubuisson, Louisiana. He learned about music from his grandfather, who played banjo, and in the early ’50s moved to Port Arthur, Texas, where he saw live performances by Clarence “Gatemouth” Brown, T-Bone Walker, B.B. King, Long John Hunter, and others, all of whom inspired him to forge a career making music. In the mid ’50s, he recorded several singles under the name Guitar Junior, scoring a string of regional hits including “Family Rules” and “The Crawl” using a sound that combined Chicago blues, rock and roll, Memphis soul, and country twang into a style that became known as “voodoo blues.” The songs’ popularity led to tours playing dance halls, juke joints, and roadhouses across Texas and Louisiana.

In 1959, Brooks befriended R&B singer Sam Cooke, who suggested that Baker move to Chicago. There, he changed his name to Lonnie Brooks (because Muddy Waters’ guitarist was going by “Guitar Junior”) and became infatuated with the sound of the city’s deep blues. He backed singer Jimmy Reed, then cut a handful of singles throughout the ’60s while also playing sessions for blues and R&B artists and gigging each night in bars throughout the city and suburbs. In ’69, Capitol Records released Brooks’ first album (still using the name Guitar Junior), Broke an’ Hungry.

In 1978, Brooks recorded four songs for Alligator Records’ Living Chicago Blues anthology, which led to a contract with the label and the 1979 album Bayou Lightning. It, along with Brooks’ performances, brought him national media attention and the Grand Prix du Disque Award at the 1980 Montreux Jazz Festival. While appearing in Montreux, Brooks befriended country star Roy Clark, who was so impressed he arranged an appearance on “Hee Haw,” the popular television show co-hosted by Clark.

Brooks spent the summer of ’93 on a tour with B.B. King, Buddy Guy, Koko Taylor, Junior Wells, and Eric Johnson. In ’95, Eric Clapton invited him onstage for a jam at Buddy Guy’s Legends club in Chicago. In ’98, he appeared in the film Blues Brothers 2000, performed on “The Late Show With David Letterman” and co-authored (along with his son, Wayne Baker Brooks, and guitarist/music scribe Cub Koda) the book Blues For Dummies.

His final two albums were released in the ’90s – Roadhouse Rules and Lone Star Shootout proved he was still an electrifying guitarist and vocalist who could compose clever songs.

Brooks encouraged and mentored his guitar-playing sons, Wayne and Ronnie Baker Brooks (VG, June ’17). When Ronnie was a teenager, he toured with his dad, and both sons today lead their own bands. In 2011 and ’12, they toured as The Brooks Family Dynasty. Lonnie’s final recording appearance was as a guest on Ronnie’s latest album, Times Have Changed.

In 2001, Brooks was inducted to the Port Arthur Historical Society Hall Of Fame, and entered the Blues Hall Of Fame in 2010. He is survived by four sisters, two brothers, four sons, three daughters, and extended family.