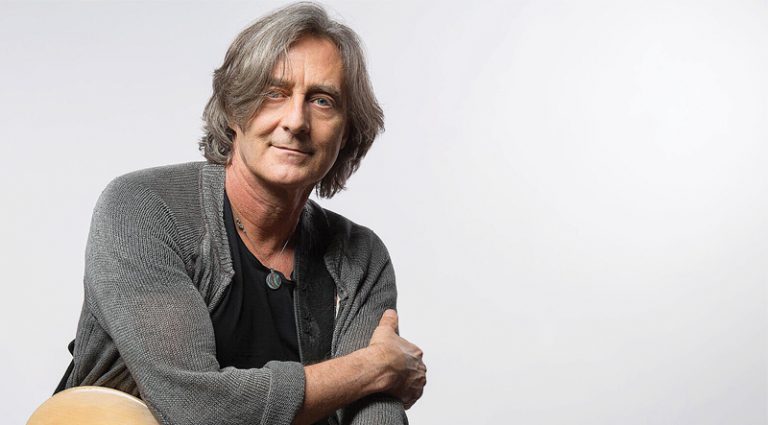 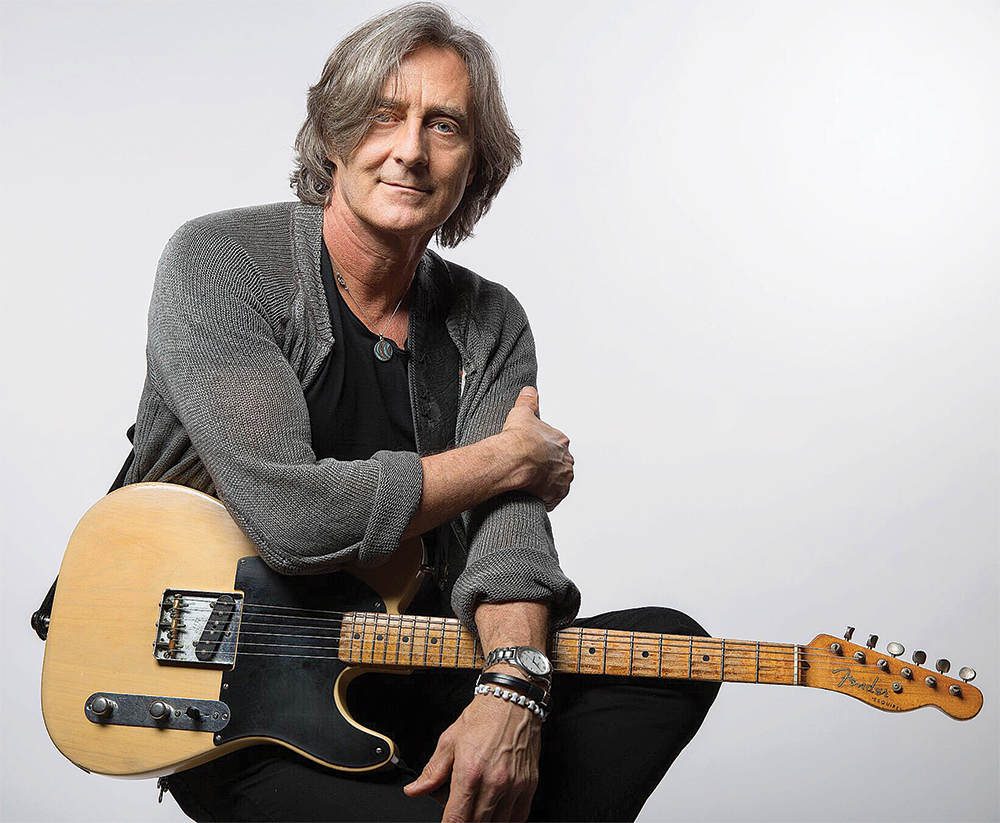 Allen Hinds has spent a considerable amount of his 60 years playing guitar, and has kept busy lately with two new releases while also teaching at Musicians Institute, doing session work, and touring Japan and/or Europe a time or two each year. All this came after years of gigging with various acts and a late-blooming solo career that started circa 2005.

One of two recent releases, Fly South, was written on acoustic.

“I used an early-’60s Martin 000-28 I have at my house,” he said. “I had about 10 songs that were nice and vibey and I started adding electric to them.” Then, the album morphed after the unexpected death of his daughter. “A few songs – the slower ballads – were emotional,” he said.

Making the record, he got help from heavy-hitters he counts as close friends, including bassist Abe Laboriel, guitarists Jimmy Johnson (“He’s always been like my big brother”) and Jimmy Haslip, along with others.

“And I got lucky getting Vinnie Colaiuta between his incredibly busy touring. It was great. I had working tapes of the tunes; Vinnie listened to them once and said, ‘I got it. Let’s Go.’ He was great! He’s a very intuitive drummer.”

Hinds’ musical journey started in the south. He grew up in Georgia and Alabama when the area was fertile for a young guitarist.

“The Allman Brothers were about 50 miles away, so I got to hear the original band. I also heard a lot of great country music and great country players; I knew what a Tele could do through the right amp. I also fell in love with slide-guitar and pedal steel. That’s always been a thing that turned me on.”

He started on guitar at age 16 and became of fan of Steely Dan and Joni Mitchell. “I’d look at the album covers and see Larry Carlton and Robben Ford listed, so I gravitated toward anything they played.” He then attended Berklee College of Music for a year before returning to Alabama, where he played with a band that mixed pop, rock, and fusion, but… “I wanted to learn more. At the time, the Guitar Institute of Technology was happening. You’d walk the hallways and there’d be Scott Henderson, Robben Ford, Jeff Berlin, Joe Diorio, all these great players. I’d skip classes to pester Robben.”

After G.I.T., he jumped into the fertile L.A. scene, playing gigs with Hiroshima, Bobby Caldwell, Gino Vanelli, the Crusaders, and others. In 2005, he turned his focus to solo work and has steadily built a respectable following. A Tele guy, he relies mostly on ’52 Esquire with replaced pick-up and bridge plate from another ’52. “It’s a great-sounding guitar,” he said. “I believe tone comes from where your hand meets the neck and from the pickups.”

He also uses a guitar made for him by Xotic, and two guitars for slide – a LSL and a ’59 Gibson Melody Maker with a humbucker and palm pedal. Always a fan of his old Fender Deluxe Reverb, he recently discovered Red Plates Amps’ BlackLine. “Its overdrive is incredible,” he raves.