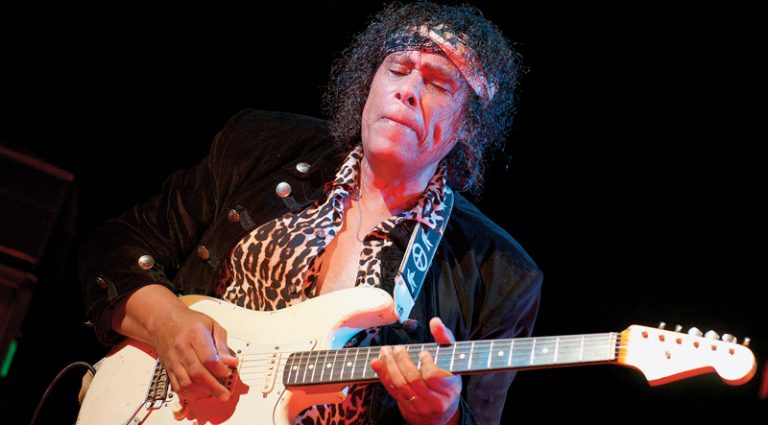 One of the most-influential guitarists to emerge from Boston, Jon Butcher has just released his 14th album, 2Roads East.

We caught up with Butcher as he prepared to tour.

2Roads East is perhaps the most reflective and soul-oriented thing you’ve done. It’s a “song” album with great guitar as opposed to a pure guitar album. The arrangements are well-conceived, with plenty of air to make it sonically pleasing. What inspired you to take this route?

Initially, I thought I was going to make a different record, containing songs like “Brontosaurus” (the only instrumental on the album). My initial thought was, “I can blaze runs over some blues or whatever,” but then it hit me… I didn’t want to do that. I wrote five or six songs in that vibe, but it just wasn’t satisfying. So, I discarded them and started telling my own story, trying to find my own truth. And the truth is, songs matter. The lyrics on these songs are photographs from my life. I can’t explain why that happened, I was just trying to write something that I believed, that was at the least true for me. From that point on, it was a natural process.

You’ve long been associated with the Fender Stratocaster. When did that fascination develop?

It happened even before Jimi Hendrix, though Jimi reinvented the Stratocaster. I liked its shape and I like lightweight guitars because I think they resonate better. And, single-coil pickups provide more nuance than humbuckers, in my experience. You have to work a little harder on a Strat to coax sounds from it, but it’s worth it.

Many musicians are trying to figure out how to make a living in this post-Napster world, yet you’ve thrived with your music company, Electric Factory X, which you started in 1991. How did that happen?

I realized a number of years ago that being “Jon Butcher, guitar player” had a limited shelf life because unless you’re Eric Clapton or Jeff Beck, it’s incumbent upon you to expand your horizons and see yourself in broader terms. For most musicians these days, how to make a living in the present landscape with the lack of record sales is a great challenge. That dawned on me in the ’90s, so I started doing music production for TV and movies. I’ve spent the last 18 years building my company and doing productions for Showtime, HBO, and the TV networks, starting with the series “Ugly Betty.” I find the work really gratifying. The most important thing now is that my company becomes a platform which allows me to do things that are bigger than me, like producing new talent.

The track “Madness” has what sounds like a resonator guitar. What is that?

Yes, it’s a National round-neck that I borrowed from a friend, combined with a five-string banjo to give the song its retro voice. I don’t think any real banjo player has to fear for me (laughs), but I was able to coax something out of it.

What were your go-to guitars and amps on the album?

I used a ’63 Fender Stratocaster that weighs 6.5 pounds – a true beauty. But I also have an ’03 Bill Nash in Olympic White that I’ve taken around the world, it looks like a vintage guitar, though the wear is all mine! That’s my go-to.

One of my all-time favorite amps is a tweed Fender Blues Junior modded years ago by my friend, Bob Dettorre – re-tubed with EL84s and a Celestion Vintage 30. He took an off-the-rack amp and made it into a powerhouse, a beast. I wouldn’t sell that for 10 times what I paid. I also used a ’62 Bassman and a ’65 Vibrolux. Live, I use a ’69 Marshall 100-watt Super Lead, a couple of Marshall ’59 Super Lead plexis, and a mix of 4×12 cabs.

How about effects? There’s wah on “Power of Soul” and a few others, along with some delay and what sounds like an octaver on the title track…

I used an old Vox wah modded by Kyle Chase, as well as a Boss DD-20 delay, a Fulltone Ultimate Octave , a Rimrock Mythical Overdrive which is terrific, a Landgraff MO-D distortion, and a Jim Klacik Unique-Vibe, which is a Uni-Vibe clone.

There’s a beautiful Spanish-sounding acoustic trading licks with an electric on “Dust.” What were you playing on that?

That’s an old nylon-string Ramirez. I’m trading licks with my buddy, Tomo Fujita, who was playing an ES-335 on that track.