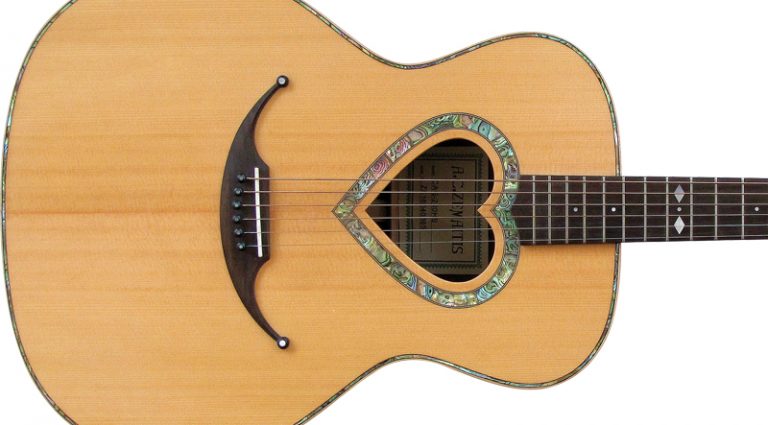 The lutherie art of Tony Zemaitis resulted in some of the rarest, most admired, and most valuable of guitars. Among his creations, including the famed metal- and mother-of-pearl-fronted electrics, his acoustics are more precious than pearls. Slowhand played one. Jimi had a 12-string.

After Zemaitis died at age 67 in August 2002, the Tokyo-based Zemaitis International division of KSC, with the blessing of Tony’s wife, Ann, and son, Tony, Jr., relaunched Zemaitis guitars. Electrics came first, but they are now joined by a range of acoustics. And they’re stunners.

The CAG-200HS is one of the top-of-the-line Zemaitis Custom Shop guitars. It has a grand auditorium-sized body with rosewood back and sides and a solid sitka spruce top bolstered by scalloped X-bracing. Heat and dry aging of the woods in a vacuum state remove excess water and minerals before assembly. Zemaitis International notes the guitar is “fairly resistant to climate and temperature extremes” as a result. The body is finished in a low-gloss urethane.

The mahogany neck joins the body at the 14th fret, and features a rosewood fingerboard with a 16″ radius. The scale length is 25½" with 19 frets.

Beyond the specs and construction, it’s style that makes this guitar shine.

The headstock is crowned by that Zemaitis Z curve. The smiley bridge, heart-shaped soundhole, and mother-of-pearl inlays combine to make a guitar like no other. Which, of course, is the point.

But how does it sound and play? Lovely. Warm, woody, and rich in tone, it’s a beauty of a guitar. Plus, the neck and fretboard are well-formed and comfortable. It’s easy to fingerpick, with a subtle, satiny voice. And yet, it can boom like a cannon when strummed hard.

The result is a worthy tribute – with both heart and soul – to Tony Zemaitis’ enduring legacy.