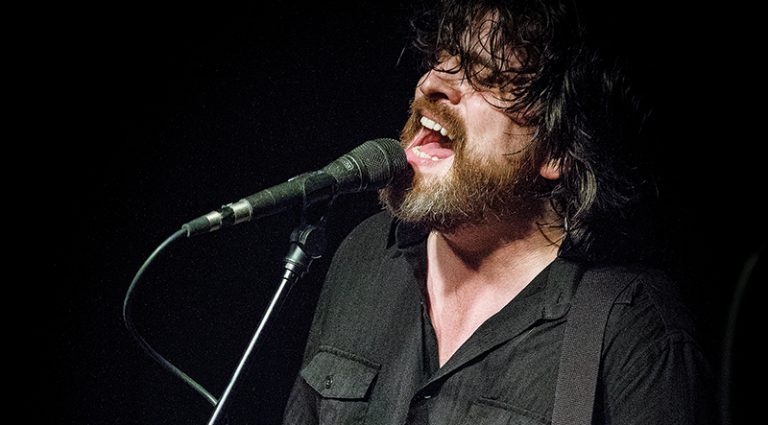 Jeff Plankenhorn has always made music his way, using stringed instruments he created.

He picked up guitar at age 10, influencd by his older brother who played bass and listened to the Beatles and Hendrix. Later, his focus turned to slide instruments.

“In college, a fiddle-player friend put together a bluegrass band and said, ‘You’re gonna play dobro.’ ‘What’s a Dobro?’ was my reply. The fellas bought my first one – a round-neck National, and I added a nut raiser so I could emulate Jerry Douglas, whose Great Dobro Sessions turned me on to players like Uncle Josh Graves, Rob Ickes, Sally Van Meter, and Gene Wooten.”

Plankenhorn still has his first lap steel, a Tonemaster with removable legs that can be set to play standing.

As lap steel gigs picked up, he devised the Plank.

“Everybody wanted me to play dobro in their rock band,” he recalled. “Songwriters, funk and soul bands, etc. They wanted to hear those licks in a different context. But it never was loud enough with an amplified resonator, and I didn’t want to sit down. I had the idea five to 10 years before I had one made. I wanted to take the sounds of the Sacred Steel tradition – early Robert Randolph and The Campbell Brothers – and mix them with my heroes of the dobro.”

Its construction, he said, differs in many ways from the typical steel.

“I wanted to put a lap steel in the body of a square-neck guitar, so I could stand up and play, like dobro players. I didn’t want the resonator – all it did was add problems – and I wanted the sides to be chambered, like a 335 or a Gretsch. Why wouldn’t you want the sound to move around in there?”

“I wanted to be able to work the feedback, to play clean country, dirty rock and funk, and have no problem quick switching like any other guitarist,” he replied.

The instrument also mandated a search for appropriate pickups.

“I’ve done a lot of playing with Bobby Whitlock, organ player and co-writer of the majority of the Derek and The Dominos album with (Eric) Clapton. He suggested a Teisco or a Silvertone kind of thing. When I found the Lollar Gold Foil pickups, I fell in love.”

Plankenhorn’s recent album, SoulSlide, is his most ambitious, showcasing the instrument and including appearances by Malford Milligan and Ruthie Foster on vocals.

“They’re the best, I love them,” he said. “There is a musical connection you have with certain people where anything that comes out is going to be great. I have that with both of them.”

Other instruments on the album include a Martin D-18, a Beard square-neck resonator, and his Plankencaster.

“Chris Wallace built that for me from parts. It has a Seymour Duncan stacked humbucker and a Lindy Fralin in the bridge.”

Be sure to check out exclusive video of Jeff performing with his Plank, on the VintageGuitarOnline channel at youtube.com.