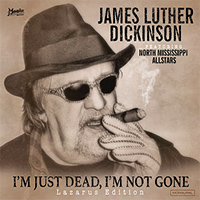 Let’s get it straight from the get-go; Jim Dickinson was primarily a piano player. But he was also one of the great music makers of Memphis – which is saying a lot in a town whose lore included Sam Phillips, Stax’s Al Bell and Steve Cropper, the Ardent Studios and Hi Records crews, and many more. Dickinson played with and produced so many greats that any short list will be shortsighted. All of which makes him worth listening to.

His autobiography, written before his 2009 death and just now being published, is a journey through the roots of American roots music. Dickinson can tell a tale. He begins spinning colorful and indelible yarns about life in the South, setting the rich scene before he even gets to the music.

His stories of cutting the last great Sun single – “Cadillac Man,” with the Jesters – and going on to work with the Rolling Stones on “Wild Horses,” Aretha Franklin, Duane Allman, Albert King, and Romper Room rockers the Replacements are instant legend.

The accompanying soundtrack is a potluck of live and studio shots. It’s all good, and you’ll want to hear it, but delve deeper into his backlist and the music gets even better. His first solo LP, Dixie Fried from 1972, is a Memphis classic. Or keep digging and find his out-of-print LPs with the shambolic-but-righteous Mud Boy and the Neutrons.