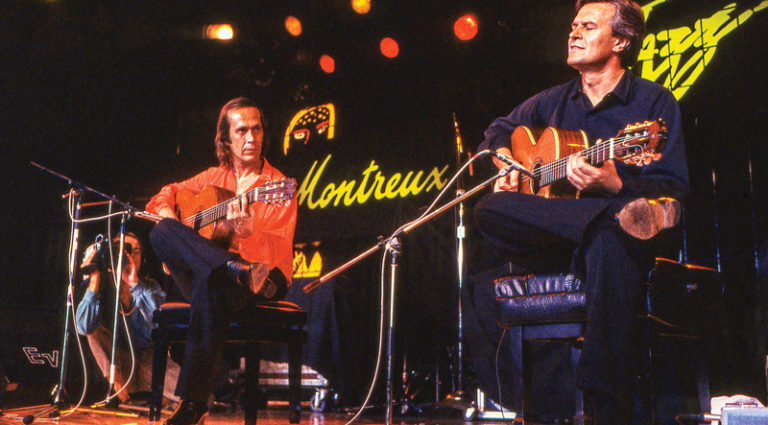 “Friendship,” a 1978 recording with his short-lived One Truth Band, found McLaughlin wailing on a black ES-345, while he shreds on 1998’s “Acid Jazz” with a red Gibson Johnny Smith archtop with Bigsby. On “David” and “Florianapolis,” John’s fleet-fingered acoustic is heard in a duet with flamenco icon Paco de Lucía. Their combined virtuosity is undeniable.

Even better than all this great fusion, the 80-year-old McLaughlin is still touring Europe to this day. To your good health, sir.