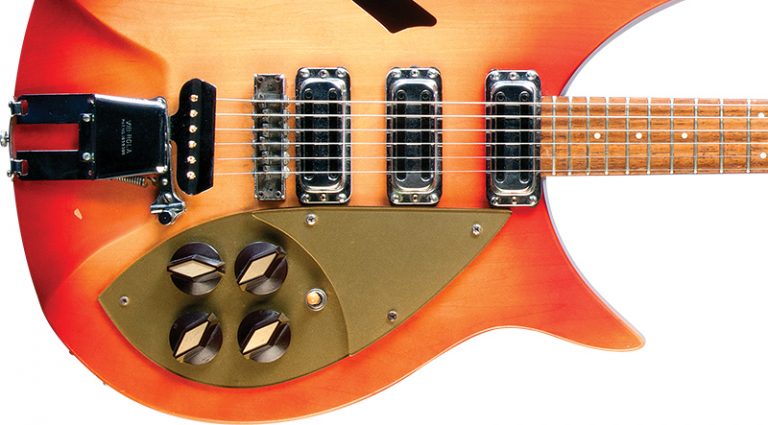 Rickenbacker guitars have a look, feel, and sound that is remarkably distinct from those made by any other manufacturers. In fact, artists often find that nothing else works as well for certain applications.

While not as versatile as models made by Gibson and Fender, the sound of a Rickenbacker is so different that it’s difficult to play certain well-known songs featuring the Rickenbacker sound and get an equally good result on any other guitar; many tunes by The Beatles and The Byrds, for example, are instantly recognizable for their instrumentation.

Adolph Rickenbacker entered the guitar business as a subcontractor for National and produced bodies for the company’s early Tricone and other metal-body guitars. He eventually partnered with George Beauchamp, who designed and patented the horseshoe-magnet pickup, and the two introduced the “frying pan” metal-body lap steel under the Rickenbacker brand. While Rickenbacker’s name went on the instruments, Beauchamp was the genius behind the scenes.

Though Rickenbacker had produced Spanish-neck electric guitars in the 1930s, they were very late entering that segment of the market in the years after World War II. Until Roger Rossmeisl’s solidbody and hollowbody designs were introduced in 1958, the company focused on lap steels and a handful of stand-up/non-pedal steels. It also distributed Rickenbacker amplifiers.