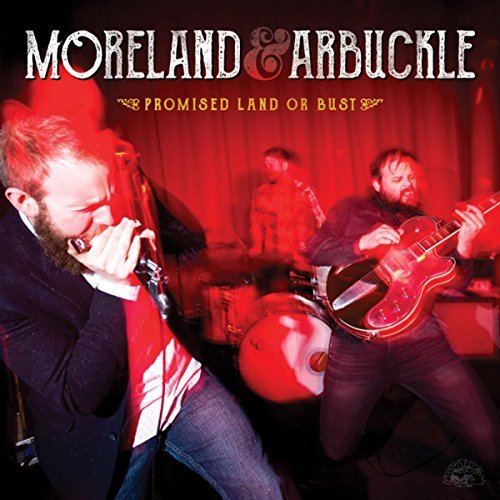 Aaron Moreland on guitars and Dustin Arbuckle on vocals and harmonica have been doing their thing for almost a decade now and every album has been a winner. This latest is no exception: it offers blues that burn, delivered with a certain rawness but still with a great deal of sophistication.

Moreland’s guitar is pure hot. His tone is overdriven a great deal of the time, and even when it’s not and he’s sneaking in some slinky slide guitar, it’s still integral to the tunes.

Arbuckle’s harp playing is on par with the heroes of the instrument; his vocals capture the anger and lament of many of the lyrics.

There are riff-based blues rockers in the form of “Take Me With You(When You Go)” and “When The Lights Are Burning Low.” There’s plenty of boogie on “Long Did I Hide It” with its slashing slide guitar. There’s folky sounding cuts (“Waco Avenue”) and even a nod to the Rolling Stones on “Long Way Home” with chunky chords and slide guitar dominating.