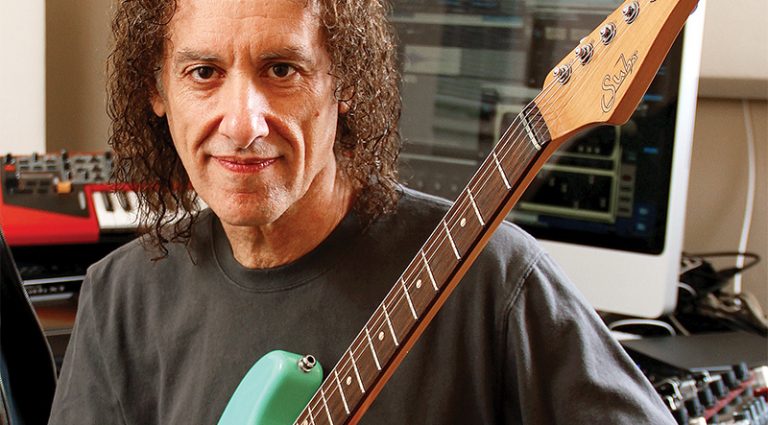 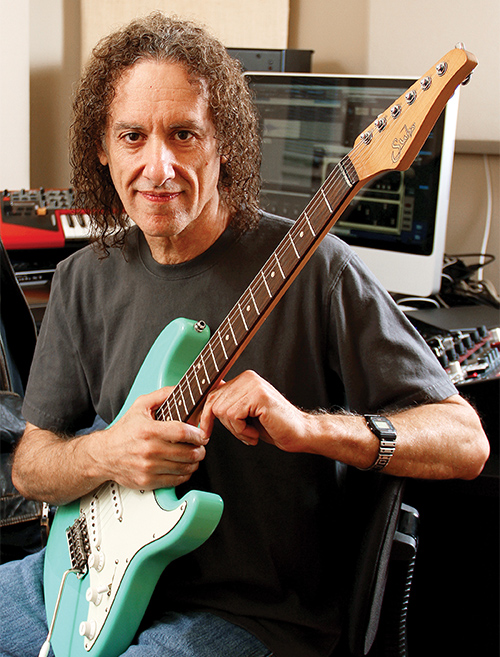 On his new album, Vibe Station, Scott Henderson once again redefines fusion within a groove-heavy power trio format. As always, the blues informs his jazz-rock workouts with virtuosic jabs of rock edginess and humor. Despite Henderson’s obvious talents, he’ll be the first to say he’s all about hard work and intestinal fortitude. Famous for his stellar guitar tones and genre-bending note selection, Henderson took time out to discuss his work ethic and his artistic process.

Where do you get your ideas?
Whenever I have time to write, I get in there and write. The artsy-fartsy types ask me, “What’s your inspiration for this song?’ I’m like, “Inspiration? Are you kidding me?!” If I waited for inspiration, this album wouldn’t be finished until the year 3000 (laughs).

My experience with inspiration is that it’s nice when it happens, but you can’t wait for it. Otherwise, you won’t get anything done. There was a composer who said, “The most difficult part about composing is the application of the ass to the chair.” I have to agree with that.

I’m not a talented composer like Joe Zawinul, who can improvise for 10 minutes and get “Birdland.” I have to work for what I get. I believe that dedication and perseverance are the two biggest tools a writer can have. You keep plodding through until something happens.

What’s the narrative behind Vibe Station?
I’m not really thinking about anything except the notes. The only time I think about that is when I’m naming the songs: “What does this song remind me of?”; “What kind of scenario or emotion does this song bring out in me?” That’s the only time the music is compared to real life.

I’m real happy with the amount of interplay on the record. Vibe Station has the benefit of having been played on the road. It was important. Sometimes, I’d find out I wrote too much and it wasn’t necessary to the song. Then, you end up throwing stuff away that doesn’t need to be there.

How did you record your guitar?
I put an amp in a room. I always go into recording sessions thinking I’m going to keep all my basic tracks. Of course, that never happens. We recorded at Kingsize Soundlabs, which is a great studio. But, as great as it is, I had my ’71 Marshall three rooms away from the drums and still had to turn it down to one so the guitar would stay out of the drum mics.

What I ended up with was a pretty thin tone compared to what I could get at home, which really bummed me out because I liked a lot of the stuff I played. I kept what I could, learned a lot of stuff that I played, then re-recorded it at home, for tone. A Marshall has to be on six or it will not do what it needs to do.

There were some tunes where there was just a groove behind me, so I could play a new solo at home because no one was reacting. There were lots of times where they were reacting to me, so I’m stuck with what I played on the basic tracks. The rhythms had to be there because those were the rhythms they reacted to. If I didn’t play them, it would sound ridiculous.

What are some of your favorite pedals?
The two I like the most are the Xotic RC Booster and the Maxon SD-9. Those two have been on my board for more than 10 years. On the record, I used the RC Booster, the Vertex Boost, and the COT 50 Lovepedal; also, a Fulltone Plimsoul. The pedal I used most was the Klon Centaur. I have an original one that I paid $350 for.

Any chance of a Tribal Tech reunion?
I’ve pretty much had it with keyboard players. I spent my whole career either being bossed around or ignored by keyboard players. I’m done. They take up too much space. Guitar can do so much as a chordal instrument, and I’m just beginning to tap into being a real guitarist, because most of my career, I’ve been a saxophone player.

What I’m most proud of on this new album is that I’ve incorporated chords into the music in a unique way. It’s my own style of playing chords. There is distortion going on, but there’s still a lot of melody being played in a chord melody fashion. There’s so much to explore, and I’ve only scratched the surface.

Any touring?
We just toured the East Coast and we’re going to Europe in October, then straight to South America. There’s lots of gigs coming up.