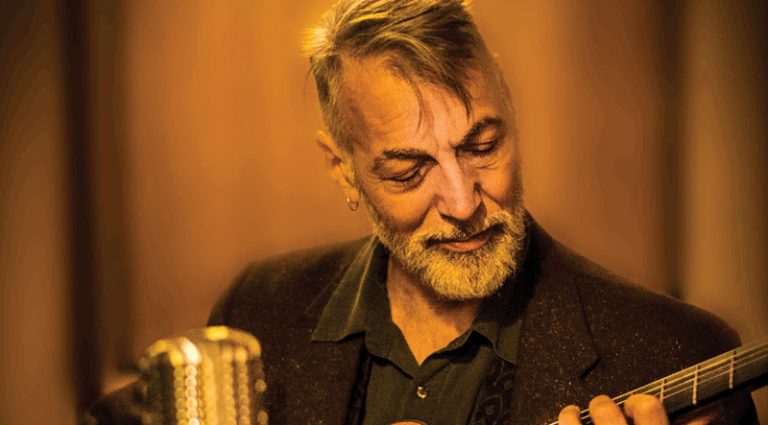 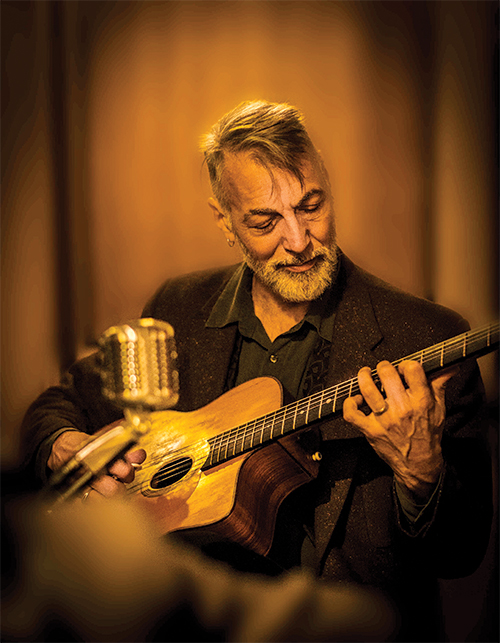 One of the world’s foremost Djangophiles, Paul Mehling has for many years been at the forefront of Gypsy jazz in America. The new album by Hot Club of San Francisco exhibits his affinity for the Beatles.

“When I was six, I saw them on Ed Sullivan,” Mehling recalled. “I was already deeply immersed in traditional jazz, though not by choice; my father was a serious record collector who liked only traditional jazz – Benny Goodman, Artie Shaw, Coleman Hawkins, Lester Young, Sidney Bechet, and Django Reinhardt were familiar to my ears. So, in my mind, I had to untangle the sound of Django’s guitar from that of the Beatles’ guitars. Growing up – maturing – meant understanding and confronting the gulf between ‘then’ and ‘now.’”

How did they devise arrangements?

“It was hard and fun,” Mehling said. “Picking songs was difficult. There were contentious rehearsals and tearful make-ups. We wanted to do a straight reading of some, some heavily arranged, and some in-between. We did not want to smother the compositions, but do them justice while leaving room for improvising without sacrificing the sing-along factor.”

The Beatles’ breakup played a role in Mehling’s career.

“I was devastated. I thought music had died and I wasn’t interested in anything on the radio. Consequently, I dove into traditional jazz and realized how great Django was. Then, as if the universe was trying to yank me into the present, I heard Dan Hicks and the Hot Licks. They were bringing Django and traditional jazz into the future; the lyrics were contemporary and the rhythms were swing! Dan was funny and profound, and the women singers were hot… remember, I was a teenager (laughs). It had everything I needed.”

In the later years of Hicks’ career, Mehling played with him and the Acoustic Warriors.

As a kid, Mehling tried electric guitar. “I took lessons, but I didn’t practice, so they cut me off. After that, I was self-taught [until] high school, when I had a girlfriend studying classical guitar with a jazz player. They both got me to seriously study jazz guitar.”

His primary guitar now is a Maurice Dupont MD30 he bought new in 1990.

“I ordered it because Raphael Fays played one. So, I wrote to Maurice, and I now have two Duponts and a very nice old Epiphone Deluxe – I think it’s a ’34.”

As for the very clever title of the album, Mehling says there was only one way to go.

“I’d been carrying the idea around and then, about four years ago, we were giving a lecture where we explain to audiences of all ages who Django Reinhardt was, who the Hot Club de France was, and why we’re called the Hot Club of San Francisco. During the Q&A, an elderly woman asked, ‘You keep talking about this Ringo guy. Why was he so great?’ And the big light bulb went off in my head. I almost forgot to answer her question, but I did turn to the band and say, ‘There’s our album title!’ And they knew it, too.”