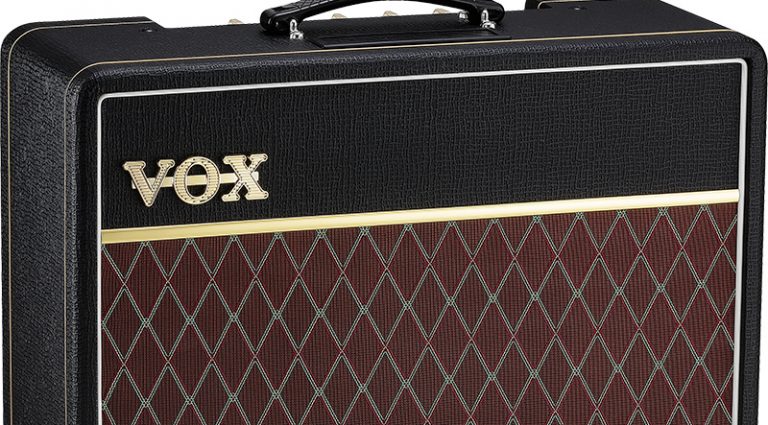 Few amps give such an instant jolt of history as a Vox. The golden nameplate, that distinctive crisscross speaker fabric, that black or fawn Vynide basket-weave covering, that tone – it all instantly evokes the Beatles, the Stones, Queen, and so many more greats.

Funny thing, though: times change, and the demand for sweet-sounding smaller amps is back. And so, happily, is the AC10.

Exactly 50 years after the original was discontinued, the new AC10C1 joins Vox’s Custom Series, its flagship line of tube amps (make that, valve amps). And just as in the olden days, it slots nicely between the revived AC4 and AC15. Yet the 10 now includes more desirable bells and whistles than ever before.

The look of the AC10C1 is spot-on. It’s got all the right stuff to mirror the classic ’60s model. For now, only a black version is available, but hopefully, a fawn version will come along (as well as some more colorful options – red or purple, anyone?).

The design is focused on tone at a reasonable price. While the original was a dual-channel amp with four inputs, the revived version is a single-channel affair with one input. It’s based on two ECC83/12AX7 preamp tubes and a pair of EL84 output tubes in Class A design. This differs from the original’s six-tube setup, but it shares the fundamental preamp-output tubes.

The AC10C1 puts out 10 watts, more than enough to make some noise in the studio, small clubs, or the garage. The single 10″ VX10 speaker is made by Celestion and mounted in a closed-back cabinet that’s close to the size of the original AC10 Twin.

Plugging in, the first thing you notice is that smooth Vox sound. It might not have the drive, volume, or smoothness of a ’60s AC30, but it’s still lovely and instantly evocative. Plus it includes a key feature that helps your sound while making that noise.

Unlike the original, the AC10C1 has both Volume and Gain controls. Dial up the Gain and overdrive the preamp while keeping the total level of the amp in check with the Volume control, which serves as a master volume. This can give you Rory Gallagher-like blues tones without having to crank the volume up to explosive levels.

The AC10C1 also includes a Top Boost tone circuit, as added to later AC30s. The original AC10 had a basic, passive treble cut control, but the new amp features an active tone control circuit with separate Bass and Treble knobs.

In addition, the new AC10 adds a digital reverb circuit, and it’s lush and wide-ranging. Plus, it’s certainly simple and portable.

The AC10C1 is an extremely responsive amp with a crisp and bright tone, which is that Top Boost at work. Yet you can coax high-gain overdrive out of it with a twist of the dials. This adds up to impressive flexibility.

Our sole complaint: the controls are a bit peaky. Turn up the reverb, and at a certain point, it’s on, really on. Ditto for the Treble and Bass knobs. This isn’t a problem, but you’ll need to learn to finesse those controls and find their sweet spot.

The AC10C1 tips the scales at a mercifully light 27 pounds. Plus the handle is rock-solid and should never fail you.

The AC10C1 is one fine-sounding piece of kit. Yes, the reverb’s digital (although high-quality digital), and, yes, it uses a printed circuit board. But the price is right, the looks are historic, and the tone summons forth the greats.