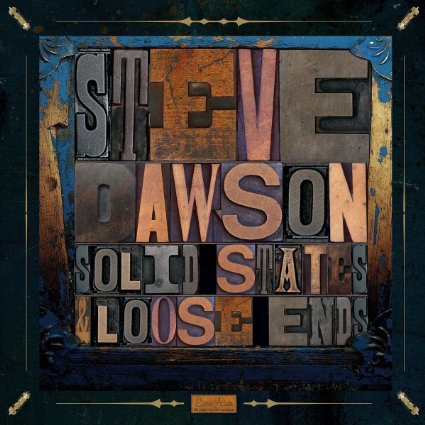 Steve Dawson shines as a session player and producer supporting other artists’ work. But when he hides away in his own studio and cuts his own tunes, his music truly comes alive.

On his 2015 album, Rattlesnake Cage, he showed what he’s got on the solo acoustic front. Now he’s back, better than ever, with a widely varied blend of songs and an equally varied instrumentation, from electric slide fronting a horn-driven band to deep acoustic blues.

He pulls out all the stops from the get-go with the tour de force opener “Loose Ends.” His electric slide snakes through the song with backing from a two-man horn section, organ, and a powerhouse backing-vocals team in Regina and Ann McCrary. His guitar work recalls both Ry Cooder and Lowell George in his intricate rhythm riffs. The solo then ricochets from lowdown gutbucket licks to clarion-like horn lines. Good stuff.

Covering Riley Puckett’s classic “Can’t Put That Monkey On My Back,” Dawson offers more driving electric slide guitar. His take of Joe Tex’s “You Got What It Takes” is greasy and soulful.

Dawson’s vocals are not always as strong as his stellar guitar playing or his arrangements, but that’s OK. This is a hot disc of slide playing that you’ll want to spin again and again.