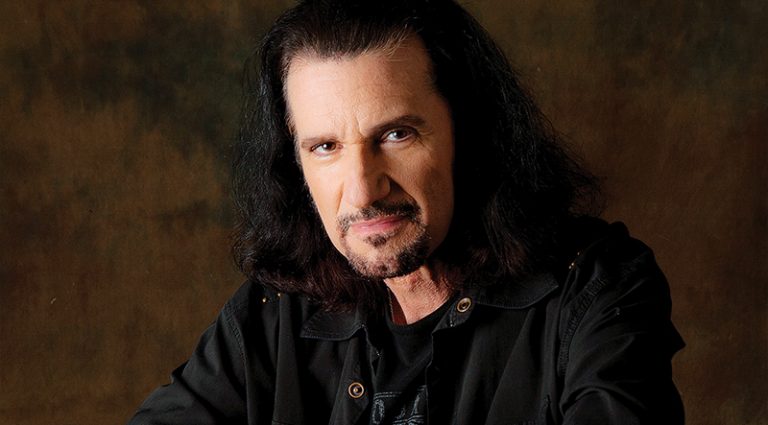 Most associate the name, face, and licks of Bruce Kulick with his 12-year stint in the non-masked Kiss. A busy pro player before and after, he’s yet another member of the “babyboomer guitarist club,” his life inextricably altered when the British Invasion steamed onto U.S. shores in 1964. “Starting with the Beatles, it changed my life,” he said, noting how his brain became a music sponge thanks also to Led Zeppelin, the Who, and Cream. “Eric Clapton was a huge influence – so lyrical and passionate in his lead playing. Guitar became my addiction; my ’65 SG Special shared my bed at times!”

Since departing Kiss, he has collaborated with John Corabi in Union, recorded three solo albums, toured with Grand Funk Railroad (since 2001), shared his knowledge at Rock ’N Roll Fantasy Camps, and otherwise kept his fingers on their toes. His latest project is fascinating; after hearing 40-year-old tapes from the first band with which he ever recorded, he urged its other members – bassist Mike Katz and drummer Guy Bois – to offer them for public consumption. The band was/is KKB, the album is Got To Get Back.

When it formed in ’74, KKB was just three kids from the neighborhood, right?
Yeah. Mike lived on my block in Queens and his obsession with Cream and Jack Bruce matched my “Clapton is God” syndrome (laughs). In fact, we dedicated the album to Jack Bruce. Guy lived five blocks away and had a basement where we could woodshed.

How did Guy’s playing fit…
Guy was into Ginger Baker and Yes, so he was a natural. He and I played in other bands around that the time, and I remember the day-glow posters and black lights in his basement.

The album is an interesting mix of power-pop, cool guitar/bass counter melodies, and a lot of prog-rock syncopation.
As a trio, it was important that we made the most of our instruments. The only new song, “Got to Get Back,” was recorded this year but sounds remarkably like 1974; it started with a darker riff and chord ideas I shared with Mike, who added a catchy pop riff that blew me away. That’s part of Mike’s talent – using the instrumentation to its fullest.

What was the approach to songwriting?
Except for “Trying to Find a Way,” all the songs from ’74 were from Mike’s brain. He would hear the parts and guide us. But the magic was that there was always room to improvise, so the songs had jamming inside a tight arrangement, which held our attention. Listening now, it blows me away how precise we were, and we recorded the songs with no punch-ins. We did the takes until they were right, start to finish.

How did the tracks resurface?
In 2008, I found a Radio Shack cassette that had our names on it, and the date. I released it from my website as KKB 1974, but its sonics are not at all what the new version is. When Mike found the original four-track tapes and had them transferred to digital in 2013, I knew we could make the performances shine. We added a string quartet to “Someday” and effects to some vocals, but I did not overdub guitars; it wasn’t necessary.

For the new song, we recorded tracks over a demo that Mike created, then passed around the Pro Tools session, Guy doing drums in France, Mike in New York, and I used my SG Special through a Fender Supersonic 22. I also used a Gibson Custom Shop SG Les Paul, my vintage Vox wah, and a Small Stone from the ’70s.

Who mixed them?
Brian Virtue, and he did a fantastic job. He got the vibe and knew how far not to take it, creating a cohesive vision for the original songs to work with the new track.

Describe the vibe and sound of the disc.
The passion is evident in the songs. I love that you can hear every pick attack, volume tweak on my guitar, and pickup switch. Dynamics were used to a large degree. We were ahead of our time, and didn’t realize it. And to think it was 40 years ago! It’s crazy.

Are there licks or riffs that compare to other work in your catalog?
There are, including a riff I used in my live gigs with Michael Bolton in ’83. What’s remarkable is you can hear that it’s me, but an early version of me. I smile every time I hear it.