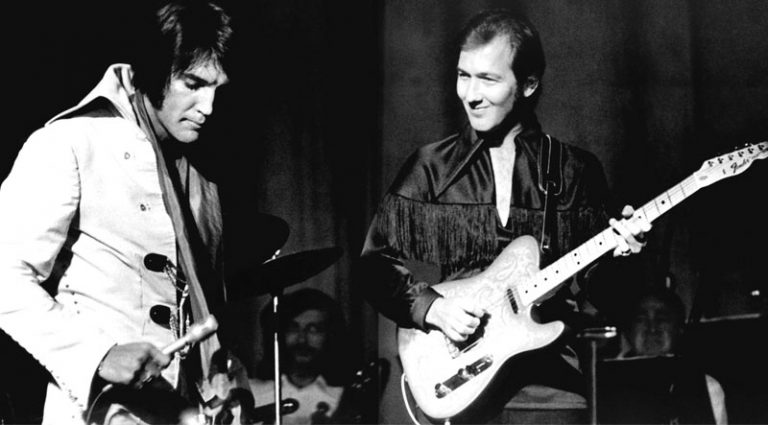 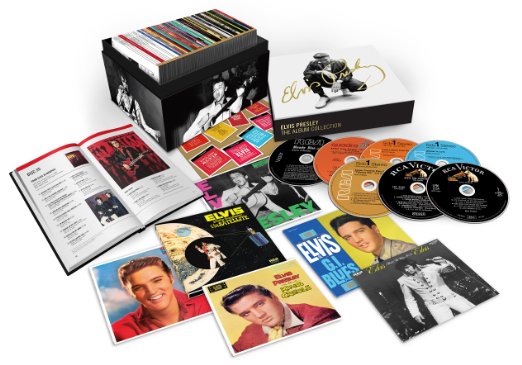 Should you ever forget why the King is the King, this ultimate boxed set of Elvis’ 57 albums and soundtracks, plus three CDs of rarities and outtakes, will set you straight all over again. Yes, Col. Tom Parker may have sent him off on a wild goose chase with his film career. And yes, there were too many sorry, sappy choices in material. Still, Elvis will always embody some of the finest of early rock and roll.

Best yet, this set serves to collect all the King’s guitarmen in one place. And whether you have Elvis’ likeness tattooed on your bicep or not, you have to admit he knew how to pick guitar players.

It all began with Scotty Moore, of course, and the re-issue of RCA’s collection of the Sun sides, as well as several ’50s outtakes, reminds you of the radiance and soulfulness of Scotty’s Travis picking. He continued to back Elvis on some of his early RCA sessions, unwittingly showing the session players how to make it rock.

Next came Chet Atkins, who learned from Scotty – although Scotty of course had originally been copping Chet. Still, the Country Gentleman could never quite get that grit or drive.

Surprises included Howard Roberts, who played on the 1960 sessions for the near-forgotten western Flaming Star, and Barney Kessel, who did a good bit of session work, including soundtracks for Girls! Girls! Girls!, Roustabout, and others. Nevertheless, pop schmaltz ruled.

It was the so-called “Comeback Special” of ’68 that brought it all back home, thankfully. Scotty was there, which was both symbolic of the past and a welcome return to hard-rocking form on the guitar front. And Tedesco, Al Casey, and Mike Deasy lent a hand, with Elvis borrowing Casey’s fire-engine-red Hagstrom for the opening scenes.

After that, the King largely stayed true, with James Burton his primary guitarist on stage and in the studio from ’69 on. Burton didn’t do schmaltz, and his riffs and solos were worthy of the best of the King’s rocking days.