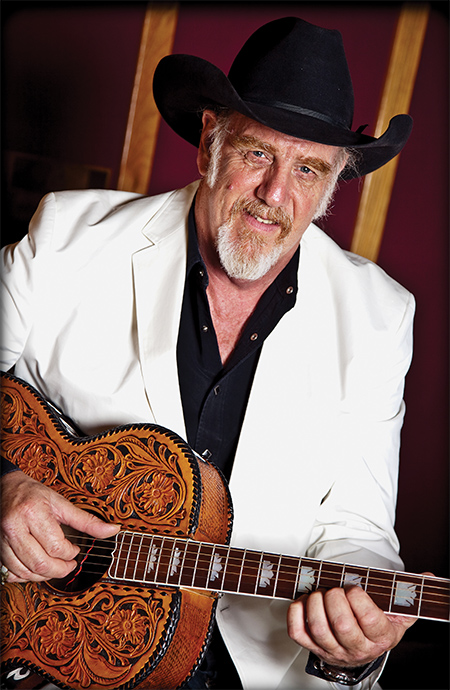 Asleep At the Wheel’s latest album is the band’s third tribute to Bob Wills. Long-time leader Ray Benson recently talked about it with Vintage Guitar.

How did Still the King get rolling?
I was getting ready to do another album and had some ideas when my son, who produces records with me, said, “No, you’ve got to do another Bob Wills tribute album. It’s time.” The first cut features Willie Nelson and started four years ago. With everyone being busy, it just took a lot of time.

There are other obvious guests, but how did Amos Lee enter the picture?
Well, he’s a big roots-music fan. I’d never met him, but I heard him sing on a commercial for AT&T – a song called “Sweet Pea.” I thought he had a great voice, so I tracked him down in Austin that week and we’ve become good friends.

How did an East Coast kid get interested in Western swing?
We wanted to be a roots band. We liked older music and collected old 78s; I discovered Bob Wills when I was about 17. I’d played in rock bands, square-dance bands, and a “stage band,” playing swing. So, here was this guy playing all the kinds of music I liked, in one band. Over the years, we kept gravitating toward that. We were also just a country-and-western band. We had a big hit in 1975 with “The Letter That Johnny Walker Read.” That was about as country as it got. We wrote it hoping Dolly Parton and Porter Wagoner would cut it, but they didn’t, and we did. Surprise, surprise it was a Top 10 record. As much as we love country music, we thought Western swing offered a better chance to play, to improvise.

As you see it, is Western swing alive and well?
When we started, there were very few Western swing bands. The older guys had quit because they couldn’t get jobs, and young people hadn’t figured it out. Now, there are dozens of wonderful groups and players, all over the world. They don’t sell a lot of records, they don’t get mainstream radio play, but they’ve kept the music alive and added new dimensions.

What one do you use onstage?
That’s a Ray Benson model Valley Arts made for me when Samick ran the custom shop. I also have a new Eastman that’s shaped like a 335 but with switching like a Tele. It’s also got my RB logo on the tail piece.

How about amps onstage?
I use Budda amps.

How did the CD packaging come about?
Yeah, isn’t that great? Shauna and Sarah Dodds wanted to make it like an old cigar box. I said “Perfect! Bob Wills and cigars.” I put together the booklet. I tell people to go ahead and buy it on iTunes, but you’re missing some great stuff.