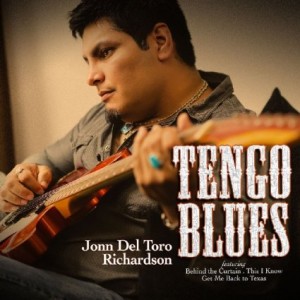 As a guitar player and in his general approach to making music, he’s what you’d call a steady rolling blues man – loping, rumbling and swaggering through a tune, determinedly unstoppable with the rest of us happy to be along for the ride. His playing style draws from a page out of Albert King’s book that a lot of guitarists would benefit from studying, the one that warns against choking the life out of a note to substitute angst-laden sustain for creativity.

Richardson is comfortable moving from the ragged, slow, and funky blues of “Love If You Want It” to the cool West Coast jazz of “Triple Lindig” to inhaling the air down Mexico way in a compelling original, “The Moment.” Like “Can’t Run From Love,” co-written with Gary Vincent, it’s one of many industrial-strength performances in a bluesy field of solid tracks.