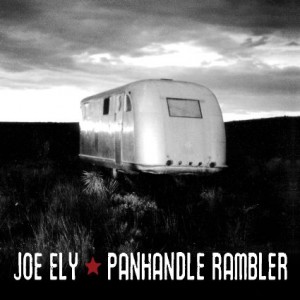 Joe Ely’s latest is a little more laid back than past efforts, but that doesn’t mean it doesn’t showcase his usual great songwriting and storytelling. A who’s who of guitarists are featured on the 12 cuts with playing that runs from joyful to haunting and back. There’s no track listing, but among those in the album credits playing the six-string are Ely, Lloyd Maines, Rob Gjersoe, Teye Wijnterp, Jeff Plankenhorn, David Holt, Gary Nicholson, Kenny Vaughan, and Jim Hoke on steel.

Ely’s writing is sharp as ever. “Wounded Creek” has dramatic flamenco-style guitar to match the lyric. The whimsical “Early In The Mornin’” brings a smile. Some fine electric picking matches the mysterious sound and lyrics of the fable “Burden Of Your Load.”

“Here’s To The Weary” is a folk stomper that namechecks many of music’s giants including Woody Guthrie, Bob Wills, Muddy Waters, and Chuck Berry. And haunting guitar and pedal steel highlight the minor-key “Cold Black Hammer.”

In fact, there are more than a handful of songs in minor keys on the record. Ely appears to be in a definite contemplative mood and that’s a good thing for listeners.

Tom Principato – Not One Word