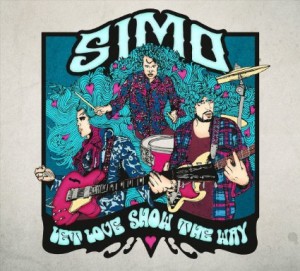 This album is as much a visceral live performance as it is a recorded document of passionate singer-songwriter compositions. “I’d Rather Die In Vain” and the title track has the kind of supercharged guitar machinations that will make you seek out Simo’s touring schedule.

The verdict? Let Love Show The Way is the best blues-rock album of the year.