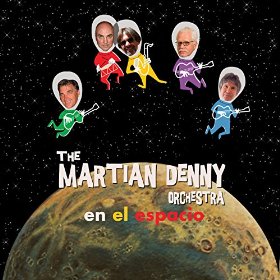 Bob Irwin, founder-owner of New York-based Sundazed Music and a rock and jazz guitarist for decades, has a guitar-centric mind. Part of the instrumental band the Pluto Walkers, Irwin, who now lives near Nashville, continues running Sundazed as well as playing rock, country, and jazz.

The music, recorded in mono, echoes the classic instrumental units of the ’50s and ’60s, Santo & Johnny, Duane Eddy, the Rockin’ Rebels, the Marketts, and Johnny and the Hurricanes. The band covers “The 2000 Pound Bee (Part 2),” “Out Of Limits,” “Wild Weekend,” “Crossfire,” and “Sealed With A Kiss” alongside instrumental takes of vocal hits like “Town Without Pity,” “It Was A Very Good Year,” and “The Warmth Of The Sun.”

The orchestra is cohesive and consistent, playing the old sounds with flair and authenticity. Irwin and Angel create an impressive guitar team; Roe and Lester are a capable rhythm section and Hoke knows just where to place his sax and steel parts.