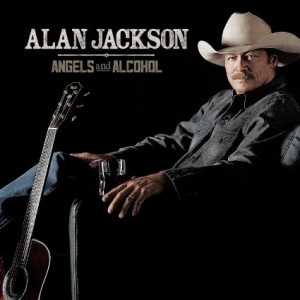 Following his 2013 bluegrass album, Alan Jackson returns to his usual format, in this case, 10 songs of varying topics and moods. Seven are Jackson originals (no collaborators) covering matters of the heart, drinking, spirituality, and philosophy. Vocally, he remains as consistent as he was at the start, and his accompaniment follows that lead.

Guitar moments abound, including Michael Severs’ Dobro work on “You Can Always Come Home.” “You Never Know,” a robust country boogie, surrounds Jackson’s fiery vocal with snarling electric and pedal steel breaks. “Mexico, Tequila And Me” has a similar feel, with tight electric and Dobro breaks.

In an era of bad Nashville novelties, “Jim And Jack And Hank” (referring to two whiskey brands and Hank Williams records) stands out for Jackson’s witty, pointed jabs at yuppie lifestyles, all accented by Robbie Flint’s slashing slide licks.

Everything here, including the ballad “I Leave A Light On” and the humorous, easygoing “Flaws,” reveal Jackson’s traditionalism undiminished in a bro-country world and affirms the spot-on instincts of his longtime producer Keith Stegall.