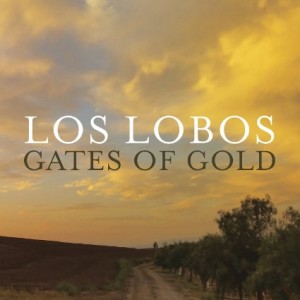 Los Lobos have never put out a bad album; in fact, their artistic track record, spread over 20 albums and 37 years, is something major bands like the Stones and Van Halen wish they could boast.

But there was a period when, like any band suffering from reduced mojo, they released a live album, a second acoustic Mexican set, an album with guests, and a collection of covers. They formed splinter bands and revisited their ’92 classic, Kiko, 20 years later.

The classic lineup of Hidalgo, Perez, and Rosas on guitars, Conrad Lozano on bass, and Steve Berlin on saxes and keyboards is joined by drummer David Hidalgo, Jr., known for his work with Social Distortion. Supplying organ on two tunes is Mitchell Froom, a member of Lobos side project the Latin Playboys.

The opening “Made To Break Your Heart” features snaky lead work by the senior Hidalgo. And just as “When Will We Be Free” teeters on fusion territory, “Mis-Treater Boogie Blues,” featuring Rosas’ vocal and guitar, gives ZZ Top a run for its money.

“Too Small Heart” is based on a simple riff that’s as unforgettable as it is powerful, while Hidalgo, Perez, and Rosas haul out accordion, jarana, and bajo sexto, respectively, for the cumbia “Poquito Para Aqui,” and Rosas’ “I Believed You So” adds some lowdown, Jimmy Reed-tinged blues.

Los Lobos have remained eclectic and unpredictable, refusing to be pigeonholed even after their version of “La Bamba” for the movie about Ritchie Valens rocketed to No.1 around the world. In fact, the acoustic “Song Of The Sun” is reminiscent of another famously eclectic band, Traffic. But like Traffic, another group with multiple vocalists and songwriters, no matter how many styles they embrace, Los Lobos remain, as always, instantly identifiable.

This article originally appeared in VG‘s March ’16 issue. All copyrights are by the author and Vintage Guitar magazine. Unauthorized replication or use is strictly prohibited.