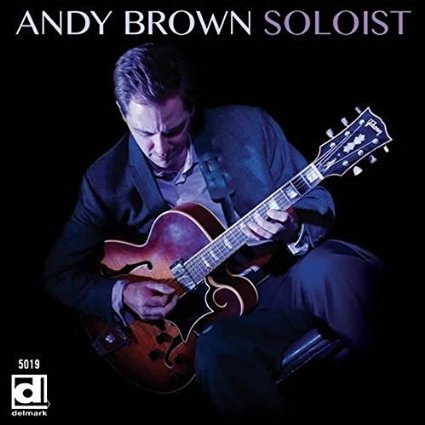 Chicago-based Andy Brown is 40 years old – meaning that some of the songs here were popular decades before he was born, as well as illustrating his maturity, along with the fact that he’s done his homework.

Some of Brown’s studies were with Cal Collins, Ted Greene, his chief mentor Kenny Poole, and Howard Alden, with whom he recorded 2013’s Heavy Artillery, following his 2007 debut, Trio And Solo. He also cites as influences Joe Pass, Lenny Breau, Ed Bickert, and George Van Eps, whose “Tango El Bongo” is featured, beginning with a smooth Latin feel before delving into the more complex harmonies Van Eps was known for.

Brown is comfortable and authoritative on ballads (“When Your Lover Has Gone”), uptempo numbers (“Stompin’ At The Savoy”), and Latin grooves (“O Barquinto”). He even proves that “Drum Boogie,” Gene Krupa’s big-band classic, can sound self-contained sans drums.

Playing his ’65 Gibson Tal Farlow through a ’65 Fender Vibrolux, Brown achieves a tone that is warm but round, with plenty of definition. The effect is intimate, as though Brown is giving a masterful private concert in your living room.