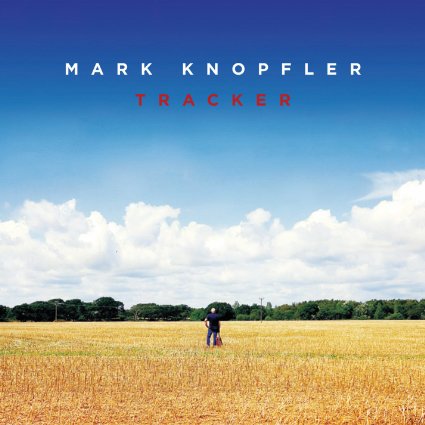 You have to hand it Mark Knopfler. Not only has he launched a successful solo career, but it’s one that’s wholly apart from his Dire Straits superstardom.

As opposed to that band’s snappy guitar rockers and big ’80s anthems, Mark’s solo material is introspective, traversing the ground between American blues, country, rock and roll, and British and Celtic folk music. Sometimes he layers them all on top of each other.

Tracker opens with “Laughs And Jokes And Drinks And Smokes,” a jazzy vamp in the manner of Dave Brubeck’s “Take Five,” but the guitarist spoons fiddle and Irish flute on top, replete with his lightly overdriven, understated electric licks. This is a perfect example of Knopfler’s eclectic solo style.

“River Towns” shows off evocative lyrics and typically languid guitar work – there are few guitarists who are truly laid back virtuosos, but Knopfler is one of them.

Still, he shakes it up on “Skydiver,” a bit of jaunty Beatlesque pop with McCartney-like vocalisms and bottleneck lines that would make George Harrison smile. Talk about an ear-worm.

On the single “Beryl,” Mark chases the ghost of Dire Straits with an arrangement recalling the original lineup featuring his brother David on rhythm guitar.

The spirit of Bob Dylan – one of Knopfler’s musical touchstones – looms large in “The Lights Of Taormina,” a charming travel ballad mixing sweet slide licks with accordion.

The rest of the album cooks along at a low simmer – tastefully subtle, though occasionally too much so. The slow groove of “Broken Bones” treads into a latte-infused monotony, uncomfortably reminiscent of Starbucks music.

One of the things that makes almost all Knopfer records so likable, however, are the incredible sonics. The man knows his way around a recording studio, and the guitars always sound glorious – the big, lush acoustic and electric tones literally ooze out of the speakers.

Tracker may not be the Scottish guitarman’s best solo album – Get Lucky and a few others are hard to beat – but it sounds terrific and is a worthy addition to his catalog. Mark is in a mellow mood and, as usual, it’s an intriguing one.

Rod Piazza & The Mighty Flyers – Beyond The Source