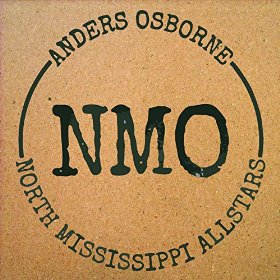 Poignant lyrics and gutsy vocals rumble alongside an earthy rhythm section that knows when to roar and when to purr. Traversing the territory of groups like The Band and Americana artists, Osborne and company refurbishes classic songwriting themes reminiscent of 1950s love ballads.

The bluesy stomp of “Away Too Long” with its excellent slide, gives way to the mournful R&B of “Back Together.” But it’s not until “Brush Up Against You” that the tempo picks up for some gut-bucket blues hollering.

This album sticks to adult grooves, sensuality, and harmonic inspiration that reach beyond traditional blues. Vocal harmonies work in conjunction with old-school country chord changes to add sophistication and color, as on “Annabel.” “Katrina” gets the ’50s country-ballad treatment, while “Kings & Peasants,” with it’s backwards guitar intro and waltz-time folk, is the cherry on a satisfying experience.