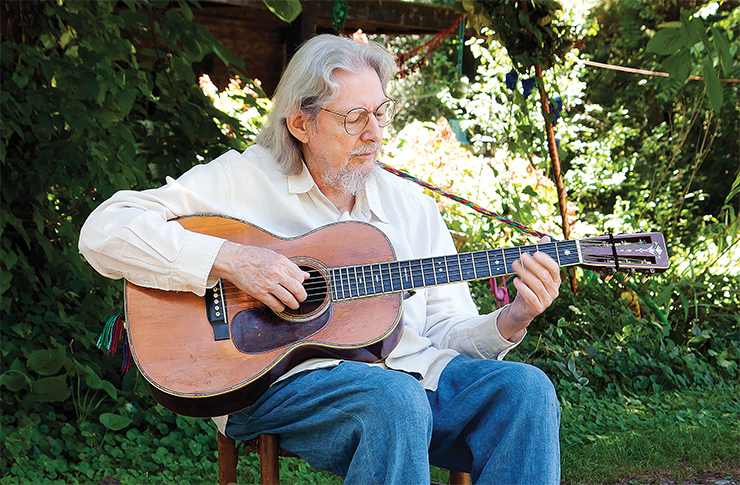 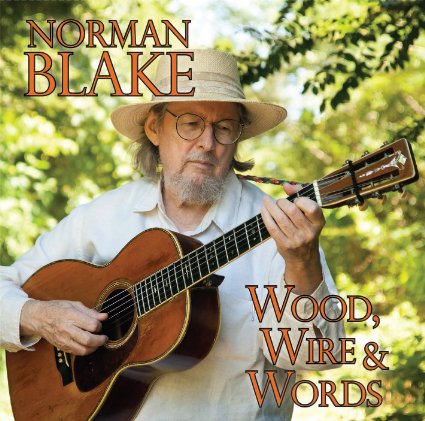 Long time gone. It’s been four years since Norman Blake’s last album – and 30 years since he last recorded his own original music. Now 77, he suffered a mini stroke several years back that required prolonged recovery. Now he’s returned, and this new album is very welcome.

Blake of course has been at the forefront of bluegrass and Americana music for decades. Along with his own recordings, he played on Bob Dylan’s Nashville Skyline, John Hartford’s ground-breaking Aero-Plain, the soundtrack for O Brother, Where Art Thou?, and in Johnny Cash’s band. And that’s just the highlights of an incredible career.

From the first notes of the first song, “Savannah Rag,” Blake’s warm, even fingerpicking signals his return. He plays with his usual assurance, utilizing a 1928 Martin 00-45 with drop-dead gorgeous tone.

His singing is a tad shaky on compositions like “Black Bart,” but that doesn’t deter from the dignity and old-world stylings of his songs.

As an album title, Wood, Wire & Words is a vast understatement of the simple beauty of these tunes. But then that’s always been Blake’s way.