Jellyfish was only around for these two records, but these reissues reinforce the belief that they were as good a band as you could find in the ’90s. The songs are brilliantly written with hooks big enough to drive a truck through. The vocals are gorgeous; even on the rockers the singing is irresistible. The guitar work forms the basis for many of the songs, and when a solo pops up it almost always seems like a tip of the cap to the Beatles. In fact, while you can play spot the influences, one of the great things about both records is that the band clearly had its own sound. The Beatles, Beach Boys, Queen, and other influences don’t crowd out their originality. 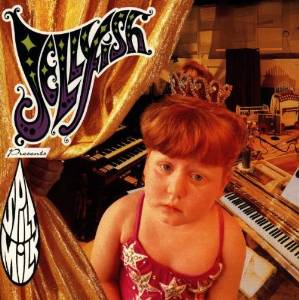 Both reissues have tons of extras that showcase two things: live cuts that show the band could bring this complex music to the stage; and demos that show the band had everything pretty fleshed out when they went in the studio. Some of these demos sound better than the finished product of some bands.

Pick both of these up to hear a band that deserved more but was gone in the blink of an eye.