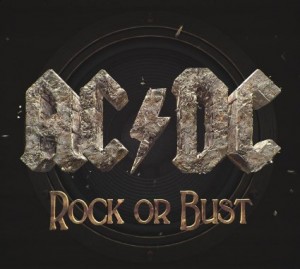 With the sad news that rhythm guitarist Malcolm Young is battling dementia and will never play again, the future of AC/DC lingered in doubt. But, on Rock Or Bust, Angus Young and his mates brought aboard nephew Stevie, an Aussie who does a perfect job keeping Malcolm’s Gretsch-powered legacy alive and well.

Certainly, one doesn’t expect innovation from AC/DC – the band perfected three-chord rock 35 years ago and, with legendary producer Brendan O’Brien behind the board, this platter harbors no surprises.

That’s not a bad thing. The guitars of Angus and Stevie are big and brash, but actually set way cleaner than you might expect. “Got Some Rock & Roll Thunder” is an arena-ready cooker you will crank up in your car, while the title track has a fat groove to die for.

“Play Ball” sports the band’s patented naughty innuendos and a dirty blues riff to shake the house down. Angus Young’s solo here is perfect, with a masterful wrist vibrato and powerhouse bends. In a perfect world, all aspiring rock guitarists would have to study Young’s taste, economy, and blues charisma.

AC/DC’s music has never been about “evolving,” but with guitar rock this good, you don’t want it to. Rock Or Bust is a powder-keg.

This article originally appeared in VG‘s April’15 issue. All copyrights are by the author and Vintage Guitar magazine. Unauthorized replication or use is strictly prohibited.

At The Louisiana Hayride Tonight