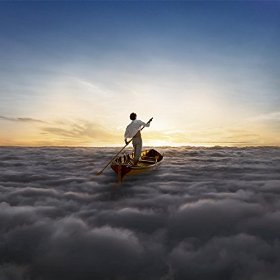 It’s not easy being a Floyd fan in 2015. The band’s best work lies 40 years in the past, yet there are still choices to be made. First up is their latest – and likely final – studio album, The Endless River, a mostly instrumental affair with guitarist David Gilmour, late keyboardist Rick Wright, and drummer Nick Mason. Complicating matters is that it was largely recorded in the mid ’90s by a lineup devoid of singer/bassist/songwriter Roger Waters – one that many feel wasn’t the real Floyd, even then.

Still, the new album has its charms. Sure, Gilmour freely mines the classic Floyd sound, notably the icy, minor-key textures from 1975’s Wish You Were Here. Yet tracks like “It’s What We Do” and “Sum” sport that timeless art-rock ambiance, along with the guitarist’s soulful, bluesy Strat leads. Even though they are essentially Xeroxing their own catalog, it’s hard not to be moved by that iconic sound.

The weakest song here is actually its only vocal track, “Louder Than Words.” It’s a typical Gilmour solo track and a rather boring one at that. 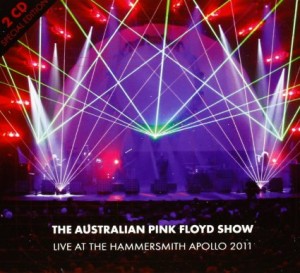 Australian Pink Floyd Show, meanwhile, is a sanctioned cover band that tours incessantly. The idea of a tribute band issuing a note-for-note live album might seem absurd, but for those who’ve caught APFS live, it’s a fitting memento.

Guitarist Steve Mac also does note-perfect Gilmour parts on “Shine On You Crazy Diamond,” “One of These Days,” “Money,” and “Comfortably Numb.”

In all, APFS does its job well and this live album is all the more valid since the Floyd lineup of the ’70s never issued a concert recording of its own.

So, between a fine cover band and the Waters-less Floyd, you may aptly wonder, “Which one’s Pink?” Neither answers the question, but you may enjoy the results so much, it may not matter.