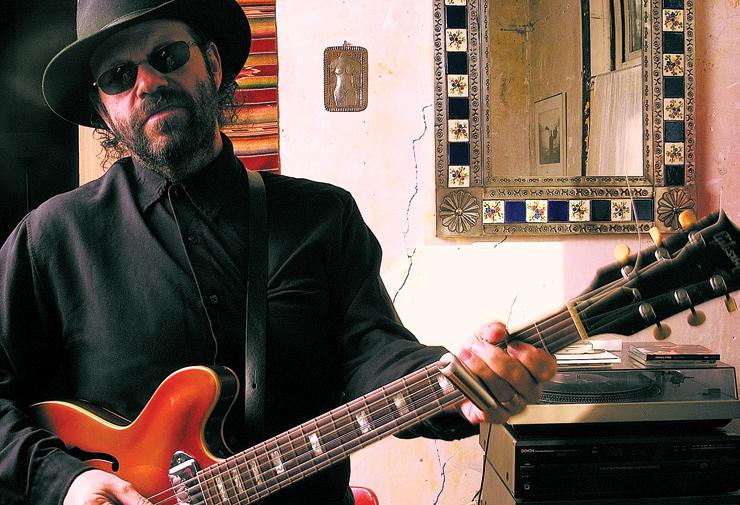 Colin Linden’s Still Live is a step back to his first recording – a live album made three decades ago. In the years that separate the two, Linden has become a first-call guitarist for roots artists including Robert Plant, Gregg Allman, the Band, Alison Krauss, Mavis Staples, Lucinda Williams, Diana Krall, Emmylou Harris, and others.

Inspired as a kid by Johnny Rivers, Buddy Holly, the Everly Brothers, and Roy Orbison, Linden’s musical direction was cemented when he saw Jimi Hendrix play at Flushing Meadows Park, in Queens.

“It was an absolutely life-changing experience,” he said. An instant fascination with the blues led him to shows by legends of the genre, including Howlin’ Wolf. “I got to meet Wolf when I was 11, and he said to me, ‘You’ve got to carry this on.’ At that point, I kind of thought it was my mission in life, so I started taking things seriously. I performed publicly for the first time when I was 12 and I got the bug bad. I knew there was no turning back.”

From a young age, Linden had great mentors. “When I was 15, I traveled the south with a friend. We stayed with Sam Chatman in Mississippi, with Peg Leg Sam in South Carolina, we visited Son House, Sippie Wallace… it was a real journey.”

At 16, he quit school to become a musician – a decision he has never regretted. “It’s not like I live in a mansion, but I’m thankful every day.”

Hearing him play, it’s obvious Linden takes great pains to ensure his sound is perfect for the style of music he’s playing, and he’s adept on acoustic or electric.

“I’ve been experimenting for 20 years, wanting to combine acoustic and electric sounds. My friend, James Pennebaker, and I talked about getting a thin-bodied acoustic I could fit with a second pickup. He got a Charvel, and I put a good Fishman acoustic pickup on it, and a P-90 on the face. That opened the door to a lot of things. Then I got a Godin and put a pickup from a Harmony Rocket on it. I installed a second output and a piezo, which I sent straight to the board. That guitar has been incredibly important to me.”

Another mainstay is a ’40s Regal Dobro on which he fitted a McIntyre pickup and a DeArmond. “It’s an incredibly versatile guitar and I use it on everything,” he said. He also lists a ’69 Gibson ES-330, a Custom Shop Les Paul with P-90s, an old Strat, and a “number of Telecasters” among other six-strings. His amps include a ’57 Fender Deluxe and a reissue Deluxe.

Linden spent much of 2012 on the road with Blackie and the Rodeo Kings, and that’ll continue. He’ll also play a with his band and continue sessions. “I try to be open to whatever comes down the line. If it feels worth doing, I do it, and it almost always leads to a good place. The older you get, the less you take it all for granted.”