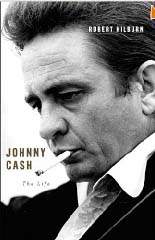 But this is no hagiography. Hilburn’s narrative is a warts-and-all affair, often presenting an embattled, philandering addict seemingly at odds with everyone around him rather than the towering spit-shined ﬁgure of Americana often presented today. One expects, however, that Cash, were he alive, would want it no other way. The Cash mythos, after all, is one of contradiction and atonement – and the contradictory Cash had plenty for which to atone.

But it’s also the story of a visionary (consider the string of 1960s concept albums and prison concerts that cemented his legacy), which Hilburn amply covers.

No doubt this long-awaited tome will go down as the deﬁnitive bio of the Man in Black – an epic beﬁtting its subject.

The Grascals – Keep On Walkin’