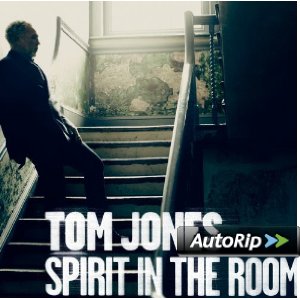 Sir Tom Jones’ career was far from hurting , but 2010’s Praise & Blame earned him a new audience in unexpected circles. Those who begrudgingly allowed that he had a great voice “for that Vegasy lounge stuff” were knocked sideways as Jones ripped into a raw, pared-down set of blues and gospel, from John Lee Hooker to Sister Rosetta Tharpe. That CD’s producer was multi-instrumentalist Ethan Johns, son of famed producer/engineer Glynn Johns, and Jones wisely kept him onboard here.

The repertoire is more varied, and there are a few more instruments in spots, but it’s far from cluttered. Book-ended brilliantly by Leonard Cohen’s “Tower Of Song” and Dylan’s “When The Deal Goes Down,” the duo pulls material from McCartney, Odetta, Richard Thompson, Tom Waits, and the Low Anthem, with Jones making each song his own.

Jones and Johns should stick together. This partnership sounds far from tapped out.