Home Music A Small Part of the ’60s 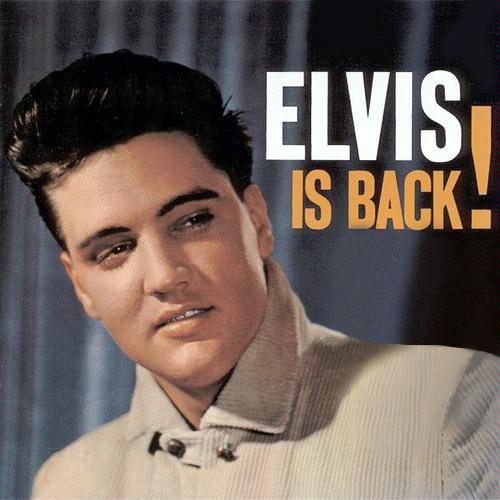 Every musician I’ve spoken to who was around to witness or participate in the birth of rock and roll, from Carl Perkins to J.J. Cale to Jeff Beck, agrees that it was like turning on a light switch, and that “Elvis changed everything.”

But as revolutionary as rock’s ’50s beginnings were, the next decade saw changes happening seemingly every month.

Again, Elvis Presley played an important role, as soon as he returned from his March ’58 to March ’60 stint in the Army. During his absence, a plane crash took the lives of Buddy Holly, Ritchie Valens, and the Big Bopper; Little Richard abandoned rock to become a preacher; and Jerry Lee Lewis was ostracized for marrying his 13-year-old cousin. Also, the Folk Boom reared its head (the Kingston Trio hit #1 with “Tom Dooley”) as did instrumental rock (with the Champs, Johnny & The Hurricanes, and Duane Eddy, who charted 11 singles during that two-year period).

Elvis immediately got back into the studio and cut six songs – three slated for his ﬁrst full-ﬂedged album (not just a collection of singles and odds and ends). Returning to the studio three weeks later, he ﬁnished Elvis Is Back in an all-night session.

RCA’s Legacy Edition pairs Elvis Is Back with 1961’s Something For Everybody, adding tracks to each. Presley’s old bandmates – guitarist Scotty Moore and drummer D.J. Fontana – were present but took subordinate roles to Nashville aces Hank Garland on lead guitar and Buddy Harman on drums. You can hear Garland (probably on his ’58 ES-345 or Gibson Byrdland) on “Like A Baby,” “Dirty, Dirty Feeling,” and “It Feels So Right,” and switching to pseudo classical style on the singles “It’s Now Or Never” and “Surrender.”

Elvis Is Back is a strong, underrated album. It’s telling, though, that, for his ﬁrst post-Army album, there are no wild-ass “Ready Teddy”-type rockers, and there’s far less country element. During Elvis’ absence, rockabilly’s time capsule had all but ended, and one thing that differentiated Presley from his southern contemporaries was that he could handle more sophisticated pop material. But part of the scene’s change was due to his absence, and one can only speculate what would or wouldn’t have happened had he been classiﬁed 4F.

On Something For Everybody, Moore played the Eddy-inﬂuenced lead lines on “I Slipped, I Stumbled, I Fell,” with Tiny Timbrell handling the syncopated rhythm stabs. Garland is back for the acoustic arpeggios in “Gently,” the stinging lead on “Little Sister” (borrowing Harold Bradley’s new Jazzmaster for more bite), and the bluesy ﬁlls on “It’s A Sin,” although the lead on “I’m Comin’ Home” sounds more like Scotty. 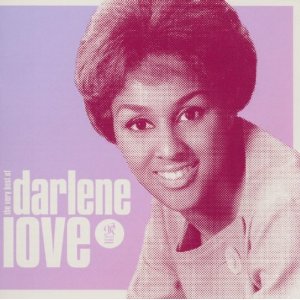 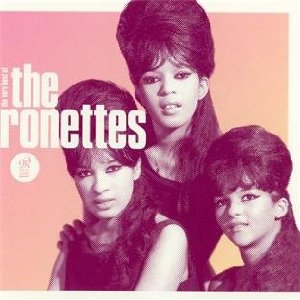 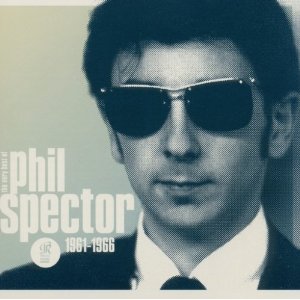 New York guitarist Al Gorgoni played on some Spector dates as well as the early Four Seasons hits, Simon & Garfunkel’s “The Sound Of Silence,” the Monkees’ “I’m A Believer,” the Shangri-Las’ “Leader Of The Pack,” Van Morrison’s “Brown-Eyed Girl,” Dylan’s Bringing It All Back Home, and Blood, Sweat & Tears’ Child Is Father To The Man – among countless others. He also played on Neil Diamond’s presequin recordings, finally reissued as The Bang Years, 1966-1968 (Columbia/ Legacy).

The sessions were produced by Jeff Barry and Ellie Greenwich, the husband/wife team that, with Spector, co-wrote “Be My Baby,” “River Deep,” the Crystals’ “Da Doo Ron Ron,” the Ronettes’ “I Can Hear Music,” and many others.

Diamond’s ﬁrst LP, The Feel Of Neil Diamond, was so-so, but contained two genuine classics, “Solitary Man” and “Cherry, Cherry.” Along with “Shilo,” Bang wisely included those songs again on his second release, Just For You, which perfectly married Brill Building and folk-rock and, in hindsight, resembles a “greatest hits” collection, yielding eight Top 40 hits for Diamond, with his version of “I’m A Believer” teetering at #51. While Diamond’s previous effort included covers of John Phillips, Paul Simon, and others, the singer was the sole writer of the songs on Just For You.

There was what Gorgoni calls “a second tier of players that a lot of us started out in, doing demos for songwriters like Carole King.” These younger, demoplaying musicians made their way to the Neil Diamond sessions, according to Gorgoni, because at a certain point, the more-established guitar players “just didn’t have the right aesthetic. They were mostly swing-mentality guys who did commercial music. The singers and songwriters were into different things that weren’t part of that big-band kind of era. It was a little more roots oriented, less slick. I was sort of in the middle of that.”

A battery of acoustic guitars provided much of Diamond’s distinctive sound and Gorgoni, Charlie Macy, Bill Suyker, and Sal DiTroia are credited on The Bang Years. “As I recall, Neil played acoustic on the songs,” Gorgoni recounts, “and I played acoustic rhythm on at least three that I remember – ‘Solitary Man,’ ‘Cherry, Cherry,’ and I think ‘Shilo.’” 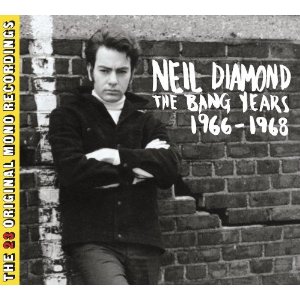 Hugh McCracken doubled on guitar and harmonica, while Eric Gale was the only one credited for “electric guitar” – like the tremolo chords on “Girl, You’ll Be A Woman Soon,” the backbeat chinks on “Red, Red Wine” and “Shilo,” the fuzz on “The Long Way Home,” and the opening hook and twangy solo on “Thank The Lord For The Night Time.”

“There are a lot of great, versatile players, but they were never called upon to exercise the limits of their chops,” Gorgoni states. “But something can be crafted very simply and take your heart out and bring you to tears. The same thing can be said for something that’s very ﬁnely crafted; it works both ways. Or something can be crude and ignorant and do nothing for you. The simplicity of the music is just a secondary consideration. In fact, it might be no consideration at all, because it’s really about what makes the music alive. A great song is not deﬁned by how many chords it has in it.”