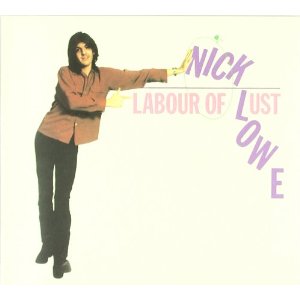 Time sometimes makes us forget how good certain artists truly are, and Nick Lowe is a prime example.

After being out of print for some time, Yep Roc has reissued Lowe’s brilliant 1979 album, Labour of Lust. Cut at the same time as his Rockpile bandmate Dave Edmunds’ Repeat When Necessary, the band plays on both.

Lowe’s only hit here in the U.S., “Cruel to be Kind,” kicks things off and perfectly defines what Lowe and the boys do so well; an army of acoustics set the pace while a great lyric delivered by Lowe is carried along by tasty electric guitar work by Edmunds.

“Cracking Up” is a creepy rockabilly tune with ﬁne electric guitar laying the foundation. The galloping
rock and roll of “Born Fighter” gives Edmunds ample room to display his ﬁne rhythm playing and mastery of bends and banjo rolls on the solo. “Switchboard Susan” has a Stonesy guitar feel, perfect vocal from Lowe, and a wonderfully obscene lyric. Lowe lets his country heritage shine on cuts like “Endless Grey Ribbon” and the stomping “Without Love,” both of which show his considerable skills
as a front man and Edmunds’ skills as a player.

The music on Labour of Lust sounds simple, but is deceptively sophisticated, performed by horribly underappreciated musicians, including Lowe himself. After almost two decades, it’s good to have this one back on the shelves.