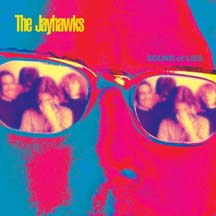 In late 1994, Minneapolis’ entry in the “godfathers of alt-country” sweepstakes appeared on the ropes. The Jayhawks learned that Mark Olson, who for 10 years had split songwriting duties with lead guitarist Gary Louris, was taking his leave. Suddenly, the harmonies that had been the band’s hallmark, earning heavy comparisons to the Flying Burrito Brothers and others, were no more. The band found a way to reboot, however, and the American label has issued remastered and expanded editions of their three post-Olson studio albums.

Sound Of Lies ranges from the loud/quiet/loud “Think About It” to the slowly soaring “Trouble,” the sardonic “Big Star,” and the downer title track that closes the album. Often, Louris’ lyrics struggle to mask contempt for their subjects and evoke what were by all accounts dark times for the songwriter, personally and professionally. The result has a bleary early-hours edge not unlike Neil Young’s On The Beach.

If Sound befuddled fans, Smile (2000) was a further step away from the band’s roots. The choice of producer, Bob Ezrin (Kiss, Alice Cooper, et al), fueled confusion, but if the result leans toward an FM-ready sheen, it also works as a logical extension of its predecessor, presenting monster hooks that Sound, for all its dark charm, perhaps aspired to but never quite achieved. 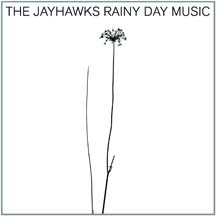 With Grotberg and Johnston gone, the band recruited ex-Long Ryder Stephen McCarthy for Rainy Day Music (2003), a much welcomed return to form. Highlights include “Tailspin” (with Bernie Leadon on banjo) and the Matthew Sweet cowrite, “Stumbling Through The Dark.” O’Reagan offers a stellar contribution in “Tampa To Tulsa.”

Still largely defined by their pioneering work in the “No Depression” subgenre, the Jayhawks have mined the possibilities beyond those narrow confines. While the uninitiated who are curious about the band’s Americana output are advised to start with Hollywood Town Hall, this trio of reissues, with their insightful liners and mostly unreleased bonus tracks, are a treat for longtime fans.

The Minus 5 and the Monkees