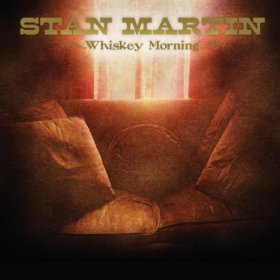 Stan Martin is a keeper of the traditional country music flame. He’s a Don Rich/Danny Gatton-schooled Telecaster-loving guitar picker, a virtuoso who is not a showoff. And he’s a skilled writer and musician who is unabashedly, unapologetically country.

Martin’s original songs have a moving, sometime comic, honesty. He retains a romantic toughness, as with some of Waylon Jennings early 1970s tunes written before the outlaw stance became a circus act.

As usual, Martin is supported by well-matched players like steel player Pat Severs. He adds Dobro to complement the melancholy of Martin’s languid waltz, “Damn This Town,” then returns to the steel to trade light-hearted-but-serious licks with Martin’s Tele on “Reasons For Drinking You Gone,” the honky-tonk dance tune that follows.

A darker, almost sinister rocker, “Running Away” hints at the mood of the album’s powerful closer, “Wrapped Around Your Finger,” which is one of the best tunes Martin’s ever released. It’s big and dramatic without being overblown or overwrought.

This song is a dramatic example of how Martin’s playing resonates emotionally as much as musically. And that’s what the really good ones are going for.