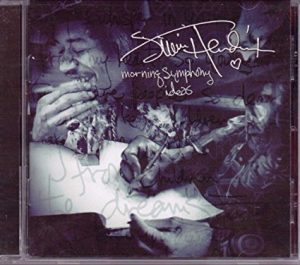 James Marshall Hendrix is undoubtedly the greatest rock guitarist who ever lived, and Experience Hendrix LLC is now releasing a vinyl version of this original 2000 collection. The original release consisted of studio jams and home demos recorded between 1969 and ’70, and featured Buddy Miles on four tracks and Billy Cox on one.

This 10″ translucent-yellow-vinyl version (available only at brick-and-mortar stores) features three of the six songs from that original release: “Jungle,” “Room Full Of Mirrors,” and “Strato Strut.” This is Hendrix in the Band of Gypsys era, packed with magnificent octave playing and volatile drum grooves provided by the chitlin’ circuit prowess of Miles.

Hendrix never played a song the same way twice, often melding spontaneous ideas with pre-written parts. The basis for “Roomful Of Mirrors” goes through all kinds of permutations within the aforementioned track as well as “Jungle.” The main theme progresses through explorations using improvisation and stream-of-consciousness motifs.