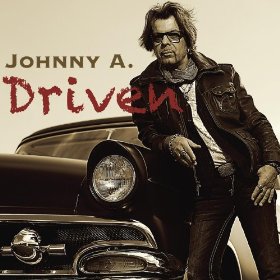 As the liner notes state, Johnny A.’s musical mantra is “melody is king.” And oh, how he proves it here – even when he dusts off his EBow for a side trip into psychedelia on “Out Of Nowhere.”

That melodic perspective is extremely important for an instrumental artist. When his technique grabs your attention, as with his legato licks on his cover of the Bee Gees’ “To Love Somebody,” he doesn’t take you out of the song. It’s one thing to impress other guitar players with hot-shot licks. It’s another to have non-pickers humming your tunes and, subsequently, buying your records. In songwriting and playing it’s also important to know the difference between what’s natural and organic and what is just easy; a main strength of two of Johnny A.’s main influences, the Beatles and Jimi Hendrix.

Instrumental artists must also make their songs complete songs, not just scaffolding for grandstanding. “The Night I Said Goodbye,” “It Must Have Been You,” and “Backbone Slip” carry wordless stories no less effectively told than they would be with lyrics. All in all, the whole album is almost inspiring by its simple celebratory joy of playing the guitar.