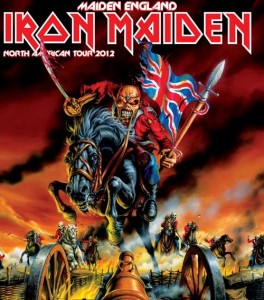 Iron Maiden has announced dates for its Maiden England World Tour, which will mirror the 1988 concert video of the same name, shot on the Seventh Son Of A Seventh Son Tour. The opening section of the tour is the band’s most extensive visit to North America for many years and includes a number of cities the band has not played in a very long time, such as Charlotte, Atlanta, Buffalo, Indianapolis and Salt Lake City.
Visit ironmaiden.com.