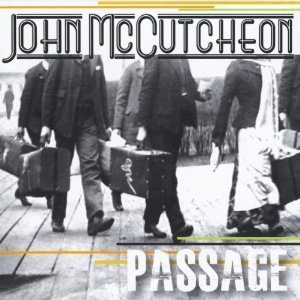 John McCutcheon is one of a small minority – an unabashed folk singer. On Passage, he performs 14 new original tunes that demonstrate his mastery of the idiom known as “folk music.”

As is required to get a full-fledged folk-singer badge, McCutcheon can fingerpick as easy as he can breathe. On the song “Friendly Competition” he keeps up with Stuart Duncan’s swinging fiddle licks. McCutcheon’s fingerpicked arpeggios on the opening of “Iowa” are so delicate and so rhythmically right-on they seem to melt in the air. He definitely has that magic touch.

If you’re ready for real folk music, Passage will fill the bill.