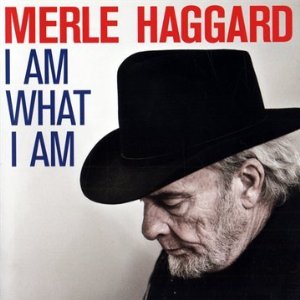 Haggard’s first album for Vanguard recalls the folk music featured on that label in the 1950s and ’60s. Marked by minimal percussion, resonator guitar, acoustic (or subdued electric) leads, Haggard’s unmatched sense of melody and warm, clear, atmospheric production shows that besides being a traditional, progressive force in country music, Haggard is also a folk singer in the truest sense. Always a crooner, Haggard is now in his early ’70s and his voice shows no signs of age or wear.

Highlight tracks include “Pretty When It’s New,” with twin guitars from Tim Howard and Haggard’s son, Ben, that have all the charm they would’ve had 20 or 30 years ago. Rob Ickes’ Dobro on “Oil Tanker Train” calls up the early tunes that made I’m A Lonesome Fugitive and Branded Man showcases of taste and restraint without any sacrifice of goodtime

feeling. For “Live And Love Always,” Haggard breaks out his fiddle and his wife, Theresa, proves another fine duet partner as he pays tribute to the Western swing he loves so much; likewise “The Road To My Heart,” where Ben takes a tasty lead. Haggard has always taken a unique approach to guitar solos, and “How Do You Find Me Here” is no exception. Except for the title cut, it may be the most quintessential Haggard tune on the album – a definite highlight. Haggard holds himself to a high standard onstage and in the studio. Very little of his output slips below “good” and more often he lands smack in the middle of “great.” This one is his best in years.

The Band – The Last Waltz DVD and CD Boxed Set