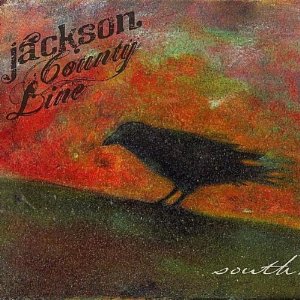 Led by acoustic guitarist/singer/ songwriter Kevin Jackson, Jackson County Line has a California countrysoul with elements of War and Santana and plenty of Buffalo Springfield with an emphasis on Neil Young. “Easy To See” has a particularly strong Young flavor brought out by a lightly fuzzed solo from lead guitarist Jonny Daly, who sometimes plays against mood to impressively effective results. JCL benefits from not completely fitting into any one particular style, though it’s hard to imagine them existing if certain artists hadn’t come before. Listening to “205,” “Summertime,” or the eerie “Train Song,” artists beyond Young come to mind – the Flying Burrito Brothers, Love, Jackson Browne, Booker T. & the MGs, and even Nickleback (yes), along with a host of others. The music on South has a comfortable musical and emotional familiarity; it touches favorite spots. It’s a laid-back album, but hardly lightweight. It’s extremely well-conceived, with every instrument or background vocal coming in just right. Jackson, who sounds a little like Don Henley, is an exceptional songwriter whose material (“Birmingham,” “It’s Only Fair”) can be intensely moving.