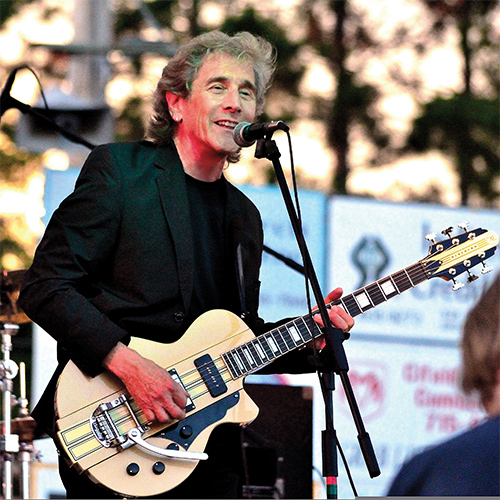 Rick Vito is one of the few guitarists who didn’t just put his name on a guitar as an endorser; as his own guitar designer, he came up with the art deco Streamliner, then the Slingshot for the Reverend company, and Reverend’s Rick Vito Signature model.

A glance at the roster of artists Vito has recorded and/or toured with makes you wonder how he found time to monkey with guitar designs. It also speaks to what a versatile guitarist he is, including as it does Roger McGuinn, Bob Seger, Todd Rundgren, Roy Orbison, Bonnie Raitt, John Mayall, Dolly Parton, Rita Coolidge, John Prine, Boz Scaggs, Rosie Flores, Jackson Browne, Hank Williams, Jr., Steve Goodman, Juke Logan, Little Richard, Maria Muldaur, Delbert McClinton, the Tractors, and Carl Verheyen, as well as an appearance on Arlen Roth’s Slide Guitar Summit. And, of course, that’s in addition to his stint with Fleetwood Mac from ’87 to ’91.

The Mac gig was a no-brainer, not only because his chops could cover their entire repertoire but because Mac founder Peter Green is one of Vito’s major influences, along with the Rolling Stones, B.B. King, Elmore James, Otis Rush, Earl Hooker, Jesse Ed Davis, and a cavalcade of blues guitarists.

As varied as his toolkit is, blues is at Vito’s core – amply illustrated on his latest CD. In addition to 11 originals, he covers Magic Sam’s “Easy Baby,” Chris Kenner’s “Life Is Just A Struggle,” and Dyke and the Blazers’ funk manifesto, “Let A Woman Be A Woman, Let A Man Be A Man.” 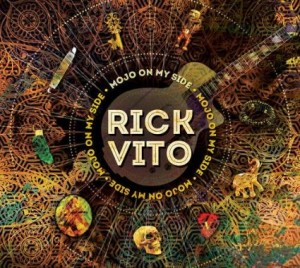 Other than drums and sax, Vito plays virtually all of the instruments, although “Help Me Lord” finds him playing solo on acoustic slide – with his feeling as deep as the guitar’s tuning. “You Can Run” has a gospel feel and structure but definitely a secular script. “Struggle” travels to New Orleans and features a solo on fretless guitar – a vocal-like effect that also shows up on “Easy Baby” and “Let A Woman Be A Woman.”

The instrumental “Femme Fatale” is a wordless “conversation” between a remarkably female-sounding fretless guitar and a more masculine-sounding slide – and another guitar may be needed as marriage counselor or judge.

His most exaggerated slide surfaces on the easy-rolling shuffle of “She Got It All,” while the rocking “Pretty Women” and “House Party” have all the earmarks of ’50s rock and roll classics and should be covered by Chuck Berry or Little Richard.
The set closes with a spooky instrumental, “River Of Blues.” The title could describe the whole record.