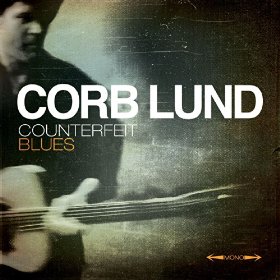 Corb Lund may not be well-known to American audiences, but he’s been around 30 years in Canada. As a solo act, he developed a simple, in-your-face country and roots sound with his longtime band, the Hurtin’ Albertans: guitarist Grant Siemens, upright bass player Kurt Ciesla, and drummer Brady Valgardson. They’ve won tons of Canadian and Australian awards, and are gaining recognition in the U.S. On this new album, recorded live and in mono at Sun Studios in Memphis over two days, the band revisits a dozen previously recorded tunes.

Lund’s engaging, witty compositions stand apart from the many rootsy American singer-songwriters who strive to be profound but come off as pretentious. These sparkling and unvarnished performances showcase Lund and Siemens, who alternates between lead, slide, and lap steel.

Siemens’ slashing slide work is a perfect foil to Lund on “Counterfeiter’s Blues.” On “Little Foothills Heaven” and “Five Dollar Bill,” every lap steel lick is perfectly placed. His leads on “Roughest Neck Around” and “Truck Got Stuck” are slashing yet economical and “Big Butch Bass Bull Fiddle” puts the guitarist in full rockabilly mode.

A bonus: The actual sessions (and their gear) are chronicled on Memphis Sun, an accompanying DVD.